Undefeated Canadian puncher Oscar Rivas is determined to do a real number on Dillian Whyte, when the two heavyweights collide in the ring in the coming months.

Rivas finalized a deal to face Whyte on July 20, live on Sky Sports Box Office, in the British boxer's backyard of the O2 Arena in London.

Whyte, who is ranked at number 1 by the WBC and on the verge of being mandated for a world title shot, is taking a huge risk by accepting a fight with Rivas. 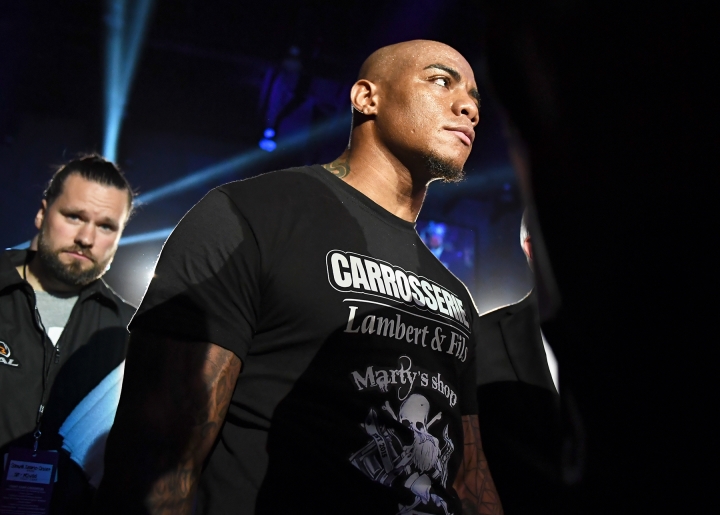 According to Rivas, the current rank of Whyte was a big factor in deciding to take the fight.

"That's the main reason why I took that fight," Rivas told Sky Sports. "That ranking is really important and I want people to know me. With a known name as Dillian Whyte and a good ranking like that, that's the two main reasons why I took this fight.

"I see myself in a world championship fight soon. I'm going to concentrate on that fight, but a win over Whyte, I'll show that I have the tools to fight either Joshua, Fury, Wilder, all the great champions. I can definitely see myself with a star like Joshua."

Whyte has been facing top competition in 2018, with big wins over Lucas Browne, Joseph Parker and Derek Chisora.

And Rivas announced himself on the world stage by knocking out highly regarded top contender Bryant Jennings in January.

"Whyte is a really strong guy, but I think with my technique, my speed, my power, my experience, I'm going to get on top," said Rivas. "That's a guy that I can beat, but he's strong, so I have to be very well prepared, and I will be.

"It's going to be an explosive fight. I cannot wait until the bell rings and then I'm going to make sure that I'm going to continue my rise. I know that Whyte is going to try to make me lose my first fight, but it won't happen. I don't give predictions, but I can say this, I'm going to be the last man standing."

Oscar needs to study the tape of Whyte vs. Parker. If he comes in top shape, he can win this.

I'm confident in Rivas for this one, just.

Whyte has a rematch clause put in there in the contract. A two-way between the two won't be a bad idea but I see Whyte landing that money-shot at 7 or 8...

Whyte has a rematch clause put in there in the contract. A two-way between the two won't be a bad idea but I see Whyte landing that money-shot at 7 or 8

Rivas should try as much as possible to avoid Whyte's "money-shot". He's going down and not standing up if the money-shot hits him.