The NYSAC Retreats on Ivan Redkach

Faced with widespread criticism for its draconian punishment of Ivan Redkach, the New York State Athletic Commission has stepped back from the brink.

With slightly more than a minute left in round eight of the January 25, 2020, fight at Barclays Center between Redkach and Danny Garcia, Ivan bit Danny just below the left side of his neck while the fighters were in a clinch. It wasn't much of a bite. Referee Benjy Esteves didn't notice it. Nor did the Showtime commentating crew. Redkach immediately extended his right glove in a gesture of apology and the fight went on.

The bite was indefensible. So was the response of the New York State Athletic Commission.

Major League Baseball - to use a well-run sport as an example - suspends players for PED abuse and domestic violence. By contrast, the NYSAC generally looks the other way when these issues arise. When the Houston Astros were caught in a cheating scandal, their general manager and manager lost their jobs. But when Kelvin Gastellum and his trainer orchestrated a phony weigh-in prior to UFC 244, the NYSAC was content to fine them $1,000 and $200 respectively. 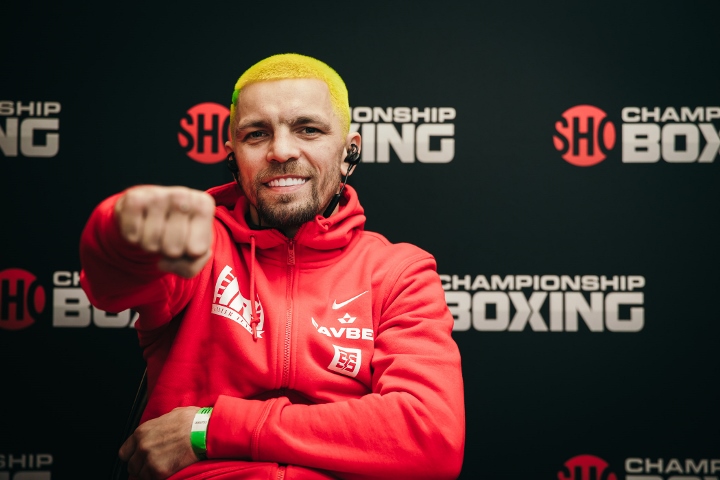 Suppose a baseball player charges the mound and throws a punch that does no damage? Can anyone imagine MLB fining him a full year's salary and suspending him for an entire year? Of course, not. But on January 27, the New York State Athletic Commission (1) suspended Redkach for one year; (2) fined him $10,000 (the maximum allowable fine); and (3) confiscated his entire $300,000 purse.

The absurdity of the NYSAC's action against Redkach was detailed in a February 4 article on this website. Suffice it to say here that the commission acted without properly investigating the matter and in contravention of Redkach's due process rights.

Moreover, the punishment was based in large part on beliefs that turned out to be false. For example, the commission appears to have relied heavily on a flippant remark made in the ring by Garcia after the fight to the effect that Redkach said "Mike Tyson" when he bit him. In my February 4 article, I raised the question, "Did Redkach really say 'Mike Tyson' or was Garcia joking?"
The NYSAC should have asked that question before embarrassing itself. On January 30, Garcia acknowledged during an interview on DAZN that Redkach never said "Mike Tyson":

Q: The guy said "Mike Tyson" when he bit you, right?

Today, February 13, the NYSAC came to grips with the absurdity of its position and wiped some of the egg off its face. Faced with the threat of legal action, it reduced Redkach's suspension to six months and agreed that Ivan could keep his $300,000 purse. The $10,000 fine will stand. That's an equitable resolution and begs the question: "What were NYSAC executive director Kim Sumbler and Jim Leary (who funnels directives to Sumbler from above) thinking when they imposed the original punishment?"

Thomas Hauser's email address is thomashauserwriter@gmail.com. His most recent book – A Dangerous Journey: Another Year Inside Boxing  – was published by the University of Arkansas Press. In 2004, the Boxing Writers Association of America honored Hauser with the Nat Fleischer Award for career excellence in boxing journalism. On June 14, 2020, he will be inducted into the International Boxing Hall of Fame.

It is a good thing Redkach didn't remove a piece of Danny's ear.: NYSAC "You owe us your purse, all your future money earned and 2 of your yet unborn children!"

[QUOTE=anonymous2.0;20387459]"What can we buy with 150k?" Yeah, they'll pull the ol' "We investigated ourselves and found no wrongdoing."[/QUOTE] Yeah that’s exactly how it would play out then secretly give themselves a raise on doing such a good job.

[QUOTE=theface07;20387427]Should the NYSAC not be investigated now for it's egregious and irrational actions in their initial fine, withholding of Redkach's purse and suspension?[/QUOTE] Each member on that panel should be made to train for months and fight a pro as…

[QUOTE=theface07;20387427]Should the NYSAC not be investigated now for it's egregious and irrational actions in their initial fine, withholding of Redkach's purse and suspension?[/QUOTE] Each member on that panel should be made to train for months and fight a pro as…

[QUOTE]That's an equitable resolution and begs the question: "What were NYSAC executive director Kim Sumbler and Jim Leary (who funnels directives to Sumbler from above) thinking when they imposed the original punishment?"[/QUOTE] "What can we buy with 150k?" [QUOTE=theface07;20387427]Should the…