Top Rank has tapped into the overseas market to sign a new prospect to its promotional stable.

The 25-year-old Sekhniashvili, who goes by “Nika,” lives in South Florida and trains with Javiel Centeno at the Sweatbox Boxing Gym.

"Living in Georgia, it has always been a dream to be a part of the best promotional company in the world in Top Rank,” Sekhniashvili told BoxingScene.com. “I’ve been training very hard and look forward to competing for a world title one day and representing my country as a world champion. My management team of Peter Kahn and Drakoulis Poulantzas have been working hard to create a better opportunity for me in the United States.” 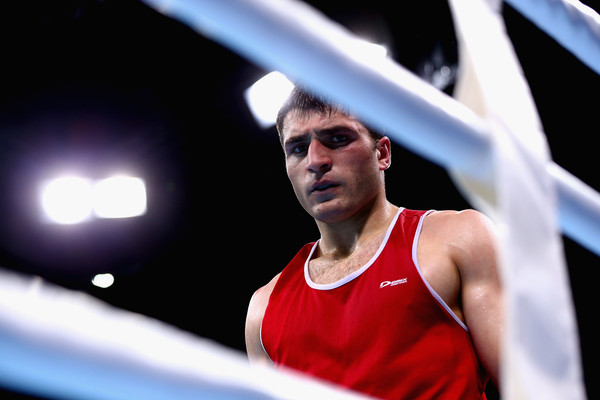 “Nikoloz is a big-punching middleweight who my matchmakers feel has tremendous potential,” Arum told BoxingScene.com. “I believe he can be my first world champion from the country of Georgia. You’ll be hearing a lot more from this kid soon.”

Prior to joining Centeno’s gym, the orthodox-fighting Sekhniashvili had been living and training in Athens, Greece with his original coach Greg Mallios

Mallios supported Sekhniashvili’s stateside move to advance his career by making an introduction to Kahn and Centeno during lightweight contender George Kambosos’s (16-0) win over Richard Pena this June. On the undercard of that fight in Greece, Sekhniashvili defeated Danijel Arandelovic by knockout.

"Nika has something that is a game changer in boxing — pure power,” said Kahn, who manages the likes of Amir Imam, Denis Hogan and Kambosos. “Anyone that steps in the ring with Nika is going to feel it. I can guarantee it. He has an excellent work ethic and I’m looking forward to seeing him compete in the exciting middleweight division."