While tickets are not available for purchase, the promoter will livestream the entire fight card on TB Presents: Night of Champions starting at 8:00 p.m. PT / 11:00 p.m. ET.

Shelestyuk, 33, will face veteran Martin Angel Martinez (18-16-1, 11 KOs) of Mexico in the showcase fight from the Doubletree Hotel in Orange, Calif. Shelestyuk, a southpaw from Los Angeles by way of Ukraine, was absent from the ring last year and has been inactive for a year-and-a-half.

In contrast, Martinez has seen consistent action in each of the last four years, logging a total of sixteen fights. The 28-year-old is battle tested, having gone up against former interim title holder Mike Alvarado and high-end talent such as Jose Roman, Alex Saucedo, and Giovani Santillan.

Shelestyuk, however, comes from an outstanding amateur background that culminated in an Olympic bronze medal at the 2012 London games. The seasoned Shelestyuk mixes punching power with technical ability that at one point landed him as a top contender among the WBO rankings.

"I feel as confident as I have ever felt," said Shelestyuk, who is promoted by Thompson Boxing and Banner Promotions. "I'm always in the gym working hard. I plan on attacking early and seeing what Martinez is made of."

In the co-feature, Napa's Brandon Trejo (4-1, 2 KOs) faces Mexico's Jose Alberto Castillo (6-1, 4 KOs) in a battle set for six-rounds in the lightweight division.

Trejo, the former two-time California Silver Gloves champion and back-to-back National PAL winner, is looking to build on his knockout win from October. Prior to that contest, Trejo suffered the first setback of his career, a points loss to Bogar Padilla in April.

"I've put that loss behind me," Trejo said. "Now it's all about moving forward and getting better with every fight. Castillo is the right opponent for me. He's young and hungry and I'm looking forward to the challenge of beating him." 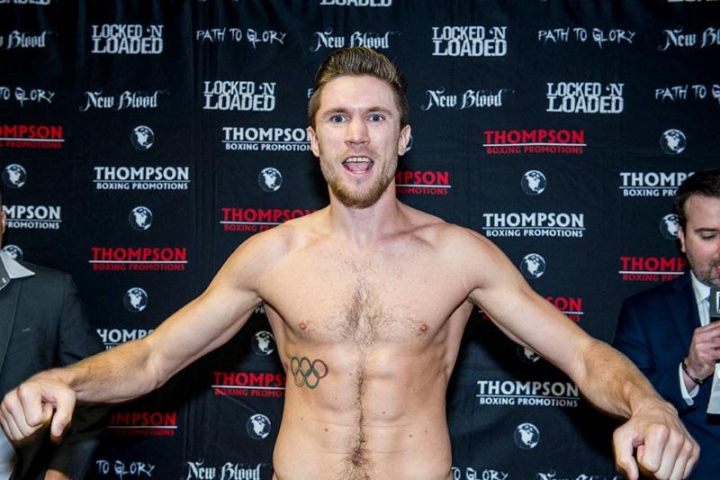 MTK Global is delighted to announce the signing of brothers Liam and Ryan Walsh, who fight under renowned trainer Graham Everett.

The duo will now look to take the next steps in their careers after linking up with MTK Global, and they’re very excited about the future.

Liam said: “I’m delighted and it’s given me a big lift. I’m really happy to be working with MTK and I feel like I’ve signed my contract for my professional debut all over again.

“Me and Ryan went to Marbella a few years ago for some training over there and it was a top vibe with good people so we really enjoyed it. They made us feel really welcome and ever since then we’ve known just how great MTK are, and now they’ve grown into a huge brand.

“I’m buzzing to have the opportunity to be fighting regularly again and being in big fights. I’m only 32 and I don’t have any miles on the clock, so I still have plenty left to offer.

“One of the reasons I haven’t fought over the last couple of years was because I didn’t want to go back to square one and have meaningless fights, but now there’s nobody more capable of putting me in big fights than MTK.

“I’d like to thank MTK for putting faith in me and showing belief. I can assure them that they’ll get my full dedication and I’ll be giving my best as always."

Ryan added: “I’m over the moon. I’ve always said that no matter how hard you work in the gym, you need someone on the outside of the ropes working just as hard as you, and now we’re aligned with MTK who are good boxing people.

“I think both myself and Liam have a good five years at the top still left in us, and managed right we know we are capable of anything and can be as successful as we want to be.

“The things MTK can do for you is massive, and with their backing we are going to be able to stay active which is huge. That’s something that hasn’t really happened in mine or Liam’s career before, so that’s a part of the deal which I’m really excited about.

“You only have to look at some of the boxers that MTK have been able to secure world title shots for to see how good it is to be working with them, and I can’t wait to get back in the ring with them alongside me.”

MTK Global is proud to announce the signing of the fourth-ranked flyweight in the world; Hertfordshire’s unbeaten Charlie Hoy.

The Enfield-born 28-year-old boasts a stunning record of 15-0-KO10 and was most recently seen in September when blasting aside Donny Garcia in defence of the WBA Fedelatin title.

Hoy said: “I’m delighted. I believe MTK Global will improve me as a boxer by getting me the fights I need and the fights I deserve. They’re the best in the business.

“I’ve been world-ranked for some time so all that remains for me to do is become world champion and then target the other world champions.

“Artem Dalakian is my first target as he’s the current WBA belt-holder. Once I’ve beaten him, I’m coming for all of the others too.

“The flyweights are getting more exposure now – ever since Roman Gonzalez showed just how exciting flyweight fights can be. Now we’ve got to keep it exciting to preserve that reputation.”

The reigning WBC world flyweight king has been with MTK Global since 2015 and achieved a life-long dream of winning the famous green belt with a stunnig display against Cristofer Rosales back in December.

Edwards said: “MTK Global changed my career around and I’ve grown massively since joining them. When I first joined them, they put me up in Marbella and got me sponsorship so I could dedicate myself fully to the sport I love.

“MTK Global has come through with everything promised. I had an IBF title shot in my ninth fight and that gained me valuable experience. Then I got the WBC shot and became a world champion. I’m really grateful to them.

“There’s so much more to come from this partnership. This is only the beginning and now it’s a new chapter. The world is my oyster as world champion and I want to unify the division.

“With MTK Global behind me, I believe I can go on to become a multi-weight world champion. I just have to focus on living the life. I’m blessed to have the best management team out there.”

[QUOTE=komandante;19562461]WBC champion Charlie Edwards was ko'ed by Filipino Johnriel Casimero in UK.:boxing::thanks:[/QUOTE] I was there, it was on the GGG-Brook undercard. Amazingly Casimero was 4/6 with British oddsmakers as well. I had money on Casimero but I became an Edwards…