The slick southpaw continues his charge back into World title contention following a brave attempt at the IBF belt versus Ivan Baranchyk in their World Boxing Super Series Quarter-Final on October 27 in New Orleans.

Yigit has since returned with a unanimous points win over Mohammed Khalladi and a stoppage victory against Sandro Hernandez, and says he ‘can’t wait to steal the show’ as he takes on the Hackney-based Turk over eight-rounds.

“I can’t wait to steal the show,” said Yigit. “I fought for a world title and it was my first loss, but I’m not ashamed of that. Since then I’ve been working hard to fix whatever mistakes I’ve made in the ring to make sure they don’t happen again.

“I’ve bounced back and had two victories since then but I’m not where I was, so slowly we are building up again to earn my place back at the top.

“It’s an interesting fight. I knew of Ozgul when I used to train in London and I actually saw one of his fights. I always said I would love to fight at York Hall, and I'm excited I now I have the chance to do so.”

“When I was offered this fight I was really excited," says Ozgul, who goes in search of his sixteenth professional win. "This is an interesting fight for me and I'm very confident in this fight. I’ve had a good training camp and I'm ready.”

Yigit-Ozgul is part of a blockbuster bill at the MTK Fight Night, which also features Ohara Davies vs. Miguel Vazquez and Ryan Walsh vs. Lewis Paulin for the British Featherweight crown, broadcast live on ESPN+ in America. 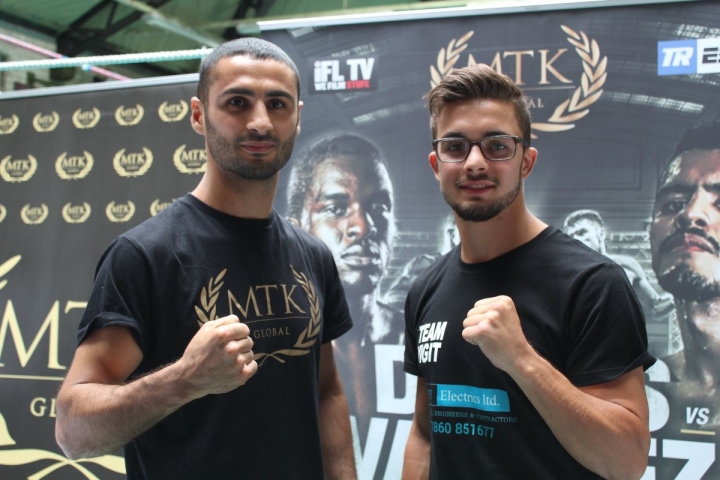 Welterweight Michael McKinson will look to add the WBO European crown to his WBC straps when he takes on Evgeny Pavko.

Undefeated McKinson (16-0, 2 KOs) will clash with hard-hitting Russian Pavko (18-2-1, 13 KOs) on the #MTKFightNight at the Brentwood Centre on July 20 – live on ESPN+ in association with Top Rank and on iFL TV.

Having been unable to entice the big domestic names at 147lb to step in the ring with him, McKinson is delighted to be graduating to European level having already won WBC Youth and WBC International Silver honours.

McKinson said: “This is a good bout. Nobody in Britain wanted to fight me so we’ve had to go the harder route and take on a dangerous Russian.

“I’ve always said I’ll fight anyone and while Pavko is a dangerous opponent, I believe in my ability and I’m going to show everyone – once again – that I’m not here to play games.

“I wouldn’t be a good fighter or a good champion if I had easy fights. I actually prefer these tough challenges so I’m excited by this.

“It’s about time I had a third belt to add to my collection. I’ve defended the WBC International Silver twice now against proper opponents so I wanted a new challenge and MTK Global has delivered.”

McKinson’s last performance was a 10-round schooling of the heavy-handed Ryan Kelly at the same venue back in March.

Joining McKinson vs. Pavko on one of the biggest bills Essex has seen in recent times is the WBC world title final eliminator between Chantelle Cameron and Anisha Basheel, the Southern Area welterweight title clash between Shaquille Day and Louis Adolphe plus the likes of Danny Dignum, Jay Whelan and more on the undercard.

Ryan Walsh is ready to step up and take on the world class fighters in his weight division – provided he successfully defends his British featherweight title against Lewis Paulin on Friday.

Reigning champion Walsh is proud to once again be involved in a British title fight, but has big ambitions for the future following his clash with Paulin.

Walsh said: “I’m one of the longest reigning British champions and I don’t think this will be done again in my lifetime. It’s a unique position and I’m proud to have this title. I will never vacate it, and I’d have to be beaten for me to ever lose it.

“This will be my sixth time defending my title, and hopefully a win here pushes me in the right direction towards a bigger fight. I’d love the European title as I feel it’s a shot I rightfully deserve, or it could even be a final eliminator for a world title or a world title itself next.

“I’m willing to fight anyone at a drop of a hat. I’ve got Lewis Paulin in front of me and my eyes are firmly on him, but who knows what a victory can lead to. There are three featherweight world champions based in America, so it’s great my fight is broadcast over there.

“It means I can sell myself to the American audience so it’s a great incentive. Job one is defeat Lewis Paulin, and job two is show the American fans that there is a willing fighter who wants to challenge their champions.”

Along with Walsh’s British featherweight title defence against Paulin, there is a fantastic battle between Ohara Davies and former world champion Miguel Vazquez on the bill.