Cut over the right eye from a clean hook in round two and rocked by a right cross in round nine, Naoya Inoue dug deep in the late rounds to not only add Nonito Donaire's WBA "super" bantamweight title to his own IBF belt, but also win the World Boxing Super Series bantamweight tournament by unanimous decision (117-109, 116-111 and 114-113).

Inoue's accuracy (36% overall, 33% jabs, 40% power) was excellent, as was his jab (28 attempts/9.2 connects per round to Donaire's 27.4/3.5) and far quicker footwork, but the nearly 37-year-old Donaire still landed 36% of his power punches and acquitted himself far better than most expected. Both landed 51 body shots. 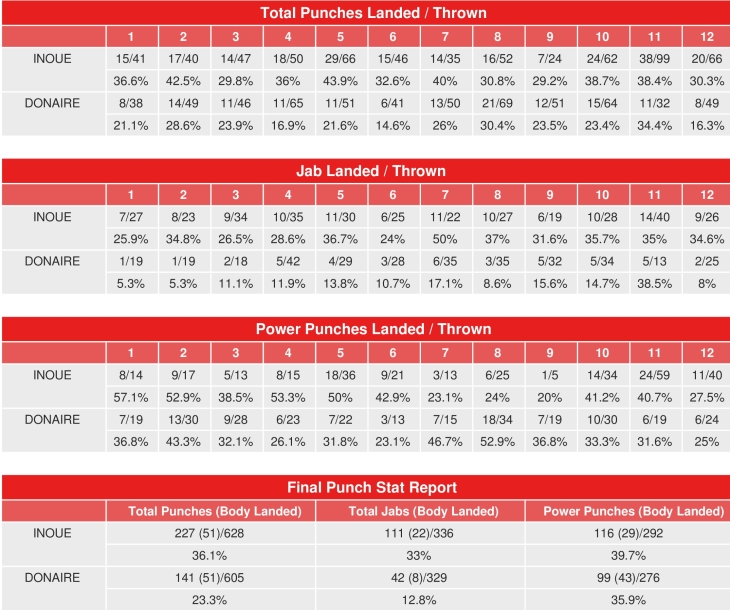 Fantastic fight - Inoue reminds me of Valero a bit - if he fine tunes himself and work on head and foot movement a bit he will be the truth...he's already up there in my opinion as a top fighter…