Naoya Inoue Will Not Chase a KO With Nonito Donaire

Their fight will take place on November 7th, as the final bout of the World Boxing Super Series bantamweight tournament from the Saitama Super Arena in Saitama, a province adjacent to Tokyo, where on the same card there will be a unified fight for the WBC world title between the regular champion, Frenchman Nordie Oubaali and the interim-champion, Japan's Takuma Inoue, who is Naoya Inoue's younger brother. 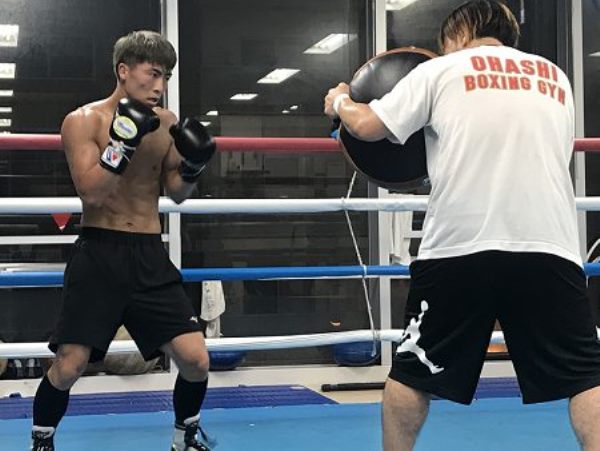 Inoue said - "I have been training in a more circumspectly satisfactory way. My weight loss is going smoothly without any problems and I am in better physical shape without any ups and downs in the condition of my body. Now I am 4 kilograms above the limit. I am planning to lower my body weight gradually and in a reasonable way."

Inoue is known as a big knockout artist, but he won't make the mistake of chasing a knockout against Donaire.

"In my fight with Nonito Donaire, I do not dare pursue a knockout victory, but, basically, I am going to win by a wide decision by doing smart boxing, and in every round I'll find different way of strategy to reach the twelfth round," Inoue said.

"I am not focused on winning by KO, but I have an image of being victorious through a decision, I understand more than enough that Nonito Donaire is a great boxer with the highest level of boxing IQ, whom I can't knock out with desire alone. I have to resort to my intelligence inside the ring so that I'll be able to defeat him.

"But, I will tell you that I'll throw myself into the fight with everything in search of landing that one punch that will give me the chance to end Donaire."

Inouye will win by KO around the halfway point. Donaire will take the fight to him up right up to then, but father time and a tough career will catch up to him when faced with a younger fresher fighter…

Inoue by mid round KO. He just has too much power at Bantamweight.

Oh man it's getting close! Can hardly wait. If it goes 12 rounds, it will probably be the best 12 rounds we've seen this year!

I hope the Filipino Flash has 1 more in him! :boxing: