Nacho: Golovkin Wasn't in Condition, He Lacked a Corner - Not Age

Golovkin had his fair share of struggles and barely escaped the jaws of defeat, in winning a very close twelve round unanimous decision over Sergiy Derevyanchenko. The victory gave Golovkin the vacant IBF, IBO middleweight titles. 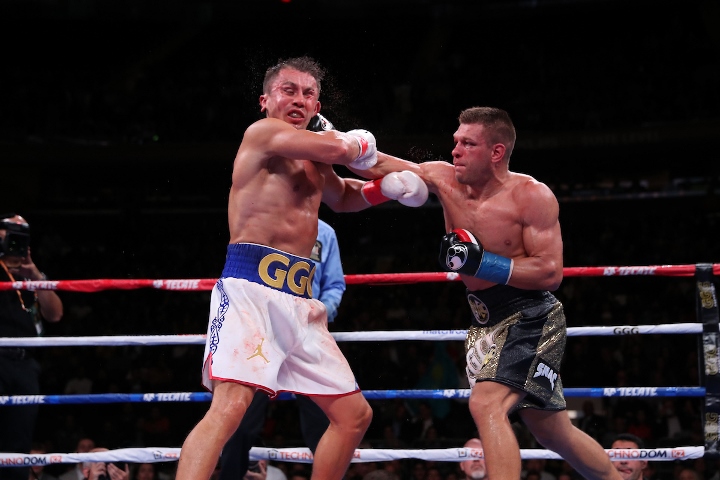 In the opinion of Nacho, he believes Golovkin had a poor preparation coupled with a lack of communication and strategy by his coach, with whom he barely had his second fight.

Nacho states that this "new version" of Golovkin would lose, without question, in a third bout with Mexican superstar Canelo Alvarez.

"From what I saw he wasn't in condition. After he got hit with a hard hook to the liver, it's like he became activated - he began to release combinations, he was faster and doing damage, but then he fell back into that semi-slow style. For me he was lacking a corner... the change in trainers. They cannot say that it was his age, because I had veteran fighters like Daniel Zaragoza, and you had to give him longer sessions but with less of a load, and because of that he fought well... just ask Erik Morales," Nacho said to ESPN Deportes.

"What he needed was to light up, he needed stamina to defeat that kind of a fighter, he needed to work on switching his speed up. He is not fast, but he is strong and can punch, and now he's lacking because of a change, he was missing that spark.... it was sometimes very consistent with what the opponent did to him."

[QUOTE=satiev1;20115158]Not true. He does punch in between your punches and counter you too.[/QUOTE] In general though you throw then he throws. You throw a flurry he steps back, despite the commentary always throwing a fit and saying "wow hes backing…

[QUOTE=EdWins;20115188]Nacho chasin a payday... would be interesting to see nacho in G's corner tho[/QUOTE] I'd vote for that choice. Good fit.

[QUOTE=Ajvar;20115030]We know you are a bum of posting here, pal. You keep writing how Gervonta is a HOF while Loma is ducking him and now here. Did some ukrainian guy stole your girls or something?[/QUOTE] That's my opinion. I never…

And your point is?

Nacho chasin a payday... would be interesting to see nacho in G's corner tho