Murata Admits: Brant Made Me Feel My Skills Are Limited

Ryota Murata has no excuses in his failed defense of the WBA "regular" middleweight world title on Saturday.

In his second defense and first world title fight abroad, Murata took several punishing blows from Brant over 12 rounds at the Park Theater, losing to his speedier opponent who entered as the WBA’s No. 3 contender. 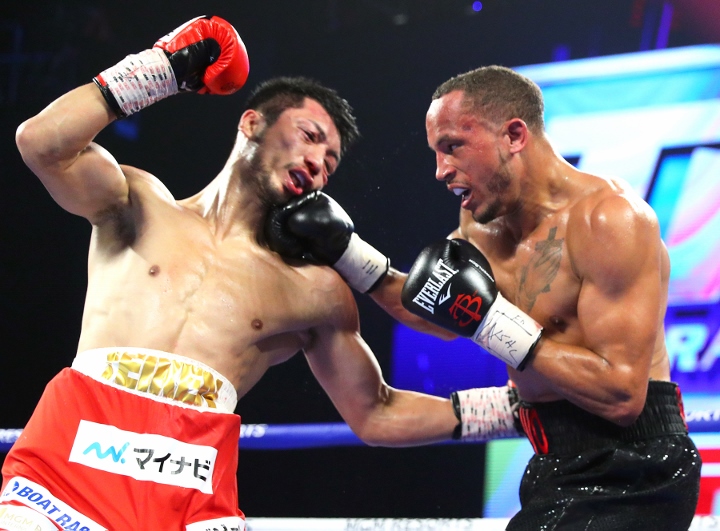 Murata was not surprised with the verdict, he was never able to catch up with Brant's speed and he was taking a lot of punches in every round.

“He was quicker than I thought and did his homework. I was made to feel my boxing skills are limited.”

The loss was a big blow to Murata, who was hoping to face Gennady Golovkin in a major event in Japan in the first half of 2019.

Top Rank, who handle Murata in the U.S., were attempting to bring Golovkin to ESPN - and using the lure of a big money fight with Murata as the first contest of that deal.

Instead of Golovkin, Murata's handlers are now focused on securing a rematch with Brant in the near future.

He claimed the title last October after a rematch against France’s Hassan N’Dam N’Jikam, whose previous decision over Murata was called into question due to controversial scoring.

He told the truth. Respect men for their ability to look in the mirror. It's up to him to redeem himself.

[QUOTE=Sparked_26;19212966]That’s true but he had no resolve really did he[/QUOTE] we are about to find out how much resolve Rocky has he will be outclassed, and in over his head

I respect him, but, at the same time I feel sorry for him. I hope he come back stronger in the future.:boxing:

Murata can be saved for a final run... Bring in Roach or Robert Garcia to help him out.