Saturday night was a big night for Jaime Munguia (31-0).  The WBO super welterweight champion destroyed a badly over matched Brandon Cook (20-2) in three rounds in the co-featured bout underneath the Canelo Alvarez-Gennady Golovkin main event that took place in Las Vegas.

The 21-year-old Tijuana, Mexico native defended his title for the first time in July when he won an unanimous decision over Liam Smith.

While the scorecards weren't close in the fight, Munguia received a lot of criticism for the amount of flush punches that were landed on him. 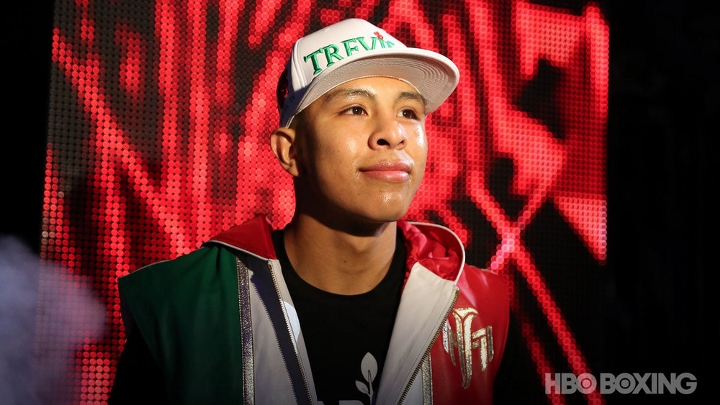 He was very satisfied with the adjustments he made against Cook.

"I felt very good in there and all the work I did in the gym - I think the results reflected that. I believe that I put on a great performance for the fans," Munguia told BoxingScene.com.

At the end of the first round Munguia had Cook pinned against the ropes and hurt him with several punches.  When asked if he knew at that moment if he would stop Cook, Munguia said that he knew he still had to be careful.

"Yes I was thinking that but I was also thinking that he is a very strong opponent and that he has a good chin and he can withstand a lot of punches so I had to take my time," said Munguia who hopes to return to the ring in the fourth quarter.

Scores on press row were mixed with the majority having scored the fight for Golokvin or a draw. Munguia however agreed with the judges decision to award the fight to Alvarez.

"I thought it was a great fight on a very important date for Mexico. For me it was a great action fight. I also had Canelo winning the fight," Munguia stated.

They wouldn't allow Munguia vs GGG but Canelo will get the pass. It's about $$$ and the fix is in. Oh, and either guy will knock Mungia out cold...easy

Mungia fought some complete 🍒. I was watching the press conference & the interviewers(sexy ass ladies)were trying to get each fighter to say their gonna kick their opponents ass,& his opponent Cook kept repeating the lamest regurgitated line over &…

[QUOTE=Mexican_Puppet;19125593]Yeah, but won in a very close fight and his looked totally swollen. He never said that GGG won easily like other guy said. It was a very close fight with two great fighters[/QUOTE] I don't think anyone thinks that…

[QUOTE=Jab jab boom;19125582]yeah, I know Spanish. He also said ggg won in that interview.[/QUOTE] Yeah, but won in a very close fight and his looked totally swollen. He never said that GGG won easily like other guy said. It was…