Munguia on Hurd: Whenever He Wants To Fight - I am Ready!

WBO super welterweight champion Jaime Munguia (30-0) started off slow a couple weeks ago in Las Vegas in his HBO televised main event against Liam Smith (26-2-1).  He eventually found his groove and ended up winning a hard fought unanimous decision against a gritty opponent who never backed down.

Munguia started to turn the tide in the fight in the fourth round and stormed out of his corner in the fifth round and landed several hard shots both to the head and body of Smith.  The Tijuana, Mexico native admitted that Smith got under his skin with some of his dirty tactics.

"He hit me with some elbows and a head butt and I got mad and started to pressure him. I wanted to get him back and I really pressed and that is something that we are going to work on when I get back in the gym," said Munguia. 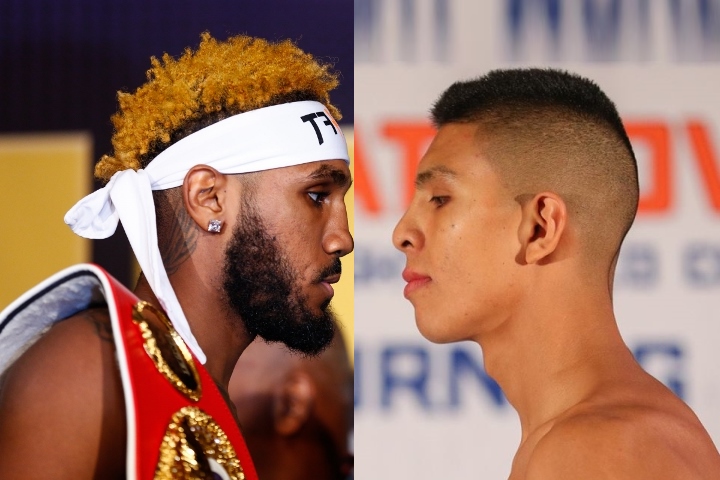 A round later, Munguia sent Smith to the canvas. After rising to his feet Smith showed his veteran savvy by holding on long enough to get his legs back underneath him.  Smith would continue to have moments of success in spots but wasn't able to put anything together consistently to discourage Munguia's all out attacking style.

"I never got over confident. I knew he went down and was hurt. When he got up he clinched me and I think he used his experience to survive and not get hit again so he could recover from the punches," Munguia explained.

Prior to the fight WBA/IBF/IBO world champion Jarrett Hurd called out Munguia on social media, telling the 21-year-old to not look past Smith and said that he would be happy to take Munguia's belt afterward.

When advised of Hurd's comments, Munguia smiled and said that he would have no problems unifying titles with the Maryland native.

"That sounds good. Whatever the people want and ask for I will give them. I am not afraid of him. Whenever he wants I will fight with him," Munguia told BoxingScene.com.

At the moment Munguia is being positioned to return on September 15th, as part of the HBO pay-per-view undercard to the Canelo Alvarez vs. Gennady Golovkin rematch at the T-Mobile Arena in Las Vegas.

[QUOTE=JRB123;19018763]I would pick Hurd in this potential matchup. I feel that he is the guy that is willing to fight anyone in the division and gets props for fighting and beating Lara when the Charlo brothers wouldn't do it. Hurd…

this would be a war!!!! would love to see it

This would be a good fight. Hurd has the experience and has shown he could dig when needed. Munguia has been battering smaller fighters because he's so big. Skillwise, he has a long way to go.

I like this fight. Possible FOTY. Let us not talk like Hurd has Floyd defense. He gets hit a lot too. He also doesnt have that one-punch KO so this will be a 12rd war.

I would pick Hurd in this potential matchup. I feel that he is the guy that is willing to fight anyone in the division and gets props for fighting and beating Lara when the Charlo brothers wouldn't do it. Hurd…