Munguia: Canelo is The Best Mexico Has, Why The Haters?

Jaime Munguia knew, after defeating Dennis Hogan by points in a controversial majority decision, that he needed a change and he did it radically by hiring former champion and Hall of Famer Erik Morales as head trainer.

"Well, we have improved a lot of things. We are doing very well and we can continue working [with Morales]. I feel very good with Erik. He is one of the great champions of Mexico, who has had great battles for championship fights at twelve rounds. Who better to know what it feels like, who better to know what it's like to be on top in the ring. We made a decision with someone who knows what it feels like to be in there," Munguia told Bolavip. 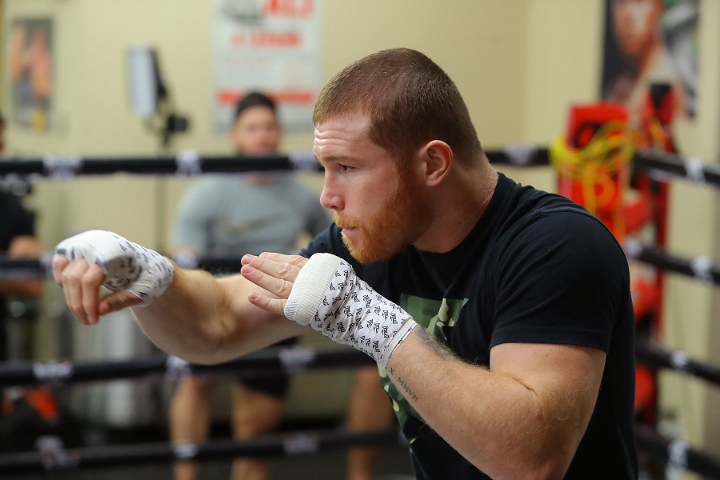 Munguia made his middleweight debut against Spike O'Sullivan and broke him down for a TKO win.

Because of the ongoing coronavirus pandemic, Munguai has no idea when he can return to the ring.

But when he does, he's very motivated to keep his unbeaten streak going to secure another world title shot.

"The main thing is to keep winning. If you don't win, it doesn't help you, even if you do what you have to do in the gym. I think you also have to convince people, you have to show people, put on a show and keep winning," Munguia said.

“I get up at nine in the morning. I come to the gym to train. I have a good time in my day. Talking There is nothing more to do. We return to breakfast."

Munguia regards Mexican superstar Saul "Canelo" Alvarez as the best fighter in Mexico. He doesn't understand why Canelo receives so much criticism from people.

"He is the best boxer Mexico has. I don't know why people don't like him, but he keeps going, he doesn't care what people say," Munguia said.

"Thank God I think I have a good audience, people love me. I try to be the kindest and most sincere with them and treat the world as best as I can. I think with that approach I have won over people."

That's all in how comparing the best. Popularity, paydays etc.. Heart, level of competition and one category Munguia benefits from gifts from judges, are other another way to compare. Anyway good for boxing and good for Mexico. Personally I think…

Because he's the face of boxing & Mexican

The answer is quite simple: He's become just like Floyd Mayweather. Just like Mayweather, his skills are recognised, but the way he does business, the cynical method he employs in selecting opponents and the way he treats others leave a…