Morales, Barrera Urge That Canelo Must Beat GGG For Legacy

Mexican legends and Hall of Famers Erik 'El Terrible' Morales and Marco Antonio Barrera have urged that countryman Saul "Canelo" Alvarez must win his upcoming rematch with Gennady Golovkin to secure his legacy in the boxing history books.

Canelo (49-1-2, 34 KOs) will challenge Golovkin for the WBA, WBC, IBO middleweight titles on September 15th from the T-Mobile Arena in Las Vegas.

Their first contest, which took place in September 2017, ended in a controversial twelve round split draw. 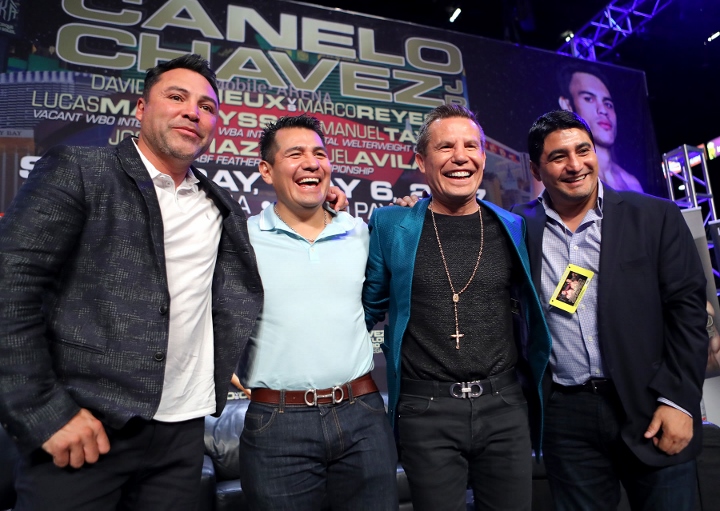 But his legacy will take a hit, if he loses the contest with Golovkin, who at 36-years-old is closer to the end of his career.

"It's a very important fight and right now it's Canelo time. He's making history and the only one that can place him there (among the best), as you know, is the public itself and the press," said Barrera.

Morales agrees with his one-time rival.

"Saul needs the victory to finish validating his career as a boxer who has the necessary attributes, [and prove all of this to the] people who have criticized him a lot," Morales said.

"To be in the top 10, we do not have to say it to ourselves, who is in there or out, but it's the people who decide, obviously, and at the end of his career it will be decided if he is are among the best 5, 10 or 15, but he is getting there little by little and he is doing it  well."

A victory will also erase some fresh doubts about Canelo, after the boxer tested positive for the banned substance clenbuterol back in February. He was suspended for six months by the Nevada State Athletic Commission and forced to postpone the original Golovkin rematch date, which was scheduled for May 5.

[QUOTE=aboutfkntime;19045166]that childish logic was lame when the dopey pacstains first started using it..... and it is still lame now FACT: random blood tests are completely harmless..... so Roidiao could have simply called Floyd's "bluff" and taken the harmless blood test…

Soooooo obvious Manny was juicing... Dude turned into a dragonball z character in the middle of his career. My lil 2cents lol

[QUOTE=Bluebird;19045292]All you have to do is prove it, otherwise, you got nothing but fantasy allegation. Mayweather realized that, why can’t you?[/QUOTE] this is enough proof for the court of public opinion..... 1) [B]FACT:[/B] Pac killed a SUPER-FIGHT by refusing random…