Mikey Garcia on Matchroom Deal: I Want To Keep My Freedom

Mikey Garcia sat on the sidelines for nearly 2 ½ years in the prime of his career as he squared away a contentious contractual dispute with former promoter Top Rank.

Having lost a key earning window in his career, the lifelong Los Angeles native didn’t want to repeat the same mistakes he’s made in the past by tying himself down long term.

After a pact with PBC expired, Garcia inked a one-fight deal with Matchroom Boxing for $7 million to fight Jessie Vargas on Feb. 29 in Texas on DAZN.

“It was the right move, the right time and right fight at this stage of my career,” Garcia told BoxingScene.com in an interview. “We’d been in conversations with Matchroom and DAZN for over a year and a half, but it had never gotten to the point where it made sense for both of us. Now it did. The fight and opponent makes sense for me.

“I told Eddie Hearn, ‘I want to keep my freedom.’ My Matchroom deal is more of a partnership. We made it clear. Once the [Vargas] fight is over, we both have to have flexibility to discuss future fights together. I’m not tied down with long-term years, or fights.

“It was great [to be a free agent] because I can leverage and position myself. I don’t pit people against each other to bid to see who comes with a better purse. That’s unprofessional, but it does work sometimes. Since I represent myself, I sit at the table directly. I don’t say, ‘I got an offer from this guy. Can you do better?’ I just listen, and if it makes sense, I’ll continue the conversation more, and dig deeper." 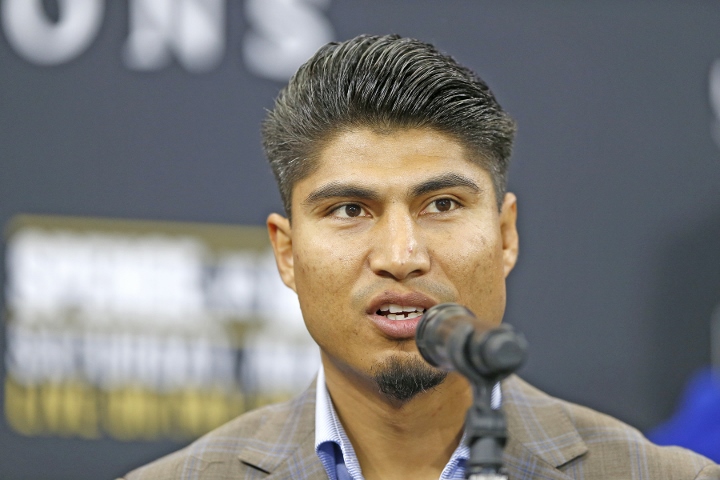 The 32-year-old Garcia (39-1, 30 KOs) said he’s still on good terms with PBC head Al Haymon after losing in his pay-per-view debut in a one-sided match to Errol Spence Jr. in March.

Garcia, a four-division champion who was making his welterweight debut in the fight, did not rule out a PBC reunion in the future after the Vargas (29-2-2, 11 KOs) fight, especially with a potential Manny Pacquiao fight looming on the horizon.

“[Haymon] offered a lot of things, too, but this time I wanted to explore some things differently that made sense,” said Garcia. “I’ve done a lot of work with Al Haymon. In fact, we still have conversations about fighters I can face. We’re still working there. I don’t have anything negative to say about anybody. I didn’t leave on bad terms. We still have a great relationship with PBC.”

Al Haymon will not pay him $7M after the Spence fight. Probably $5M if versus A side Pacman's $10M?! They both want to fight each other and it is right for 41 yr old Pac to fight someone his own…

[QUOTE=Oldskoolg;20285953]You have to spend money to make money. Dazn is in the red and has been since it launched a year ago. Hearn is gambling the 7m that mikey vs Vargas will bring in Mexican American subscriptions....a demographic that traditionally…

How long can his ''career'' survive losing to WW's ?

[QUOTE=Mister Wolf;20285828]Because they have an option on Garcia's next fight after Vargas.[/QUOTE] Dude, they can get options on Mikey’s next 3 fights and it doesn’t matter as they will lose money on all of his fights- the math simply doesn’t…

[QUOTE=ShoulderRoll;20286161]It could start with just boxing in America at first. To keep it simple. And the wealthier boxers might have to subsidize it at the beginning. Hopefully as fighters benefit and succeed from the advice given they would give back…