Mikey Garcia: Me & Shawn Porter Would Be Terrific Fight; Fans Would Love It

Mikey Garcia considers Manny Pacquiao the “ideal” opponent for his next fight.

The Filipino legend is closer in size to Garcia than any other elite welterweight Garcia could fight next. Pacquiao also owns the WBA 147-pound championship, which would grant Garcia an opportunity to become a five-weight world champion if they fought.

The 32-year-old Garcia is willing, however, to fight any top opponent in that division, including Shawn Porter. The rugged Porter wants to fight Pacquiao himself, but Garcia figures if Pacquiao winds up fighting Errol Spence Jr. or Danny Garcia, fans would want to see him oppose Porter. 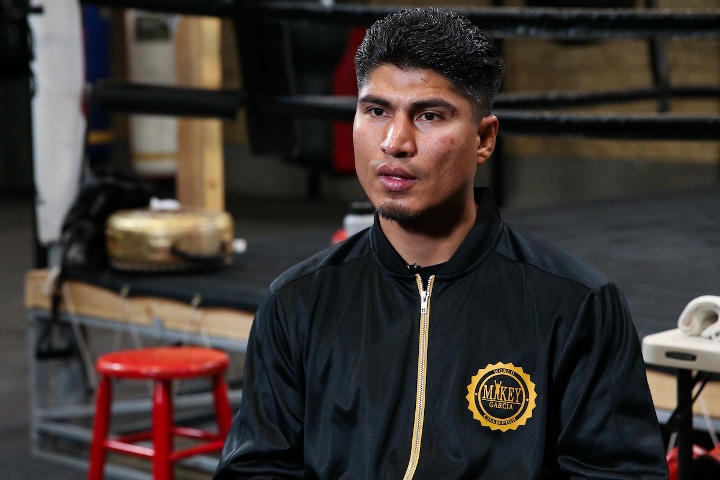 Garcia acknowledged his poor performance against Spence as part of the aforementioned interview, yet the Moreno Valley, California, resident’s recent win against Jessie Vargas encouraged the four-division champion to continue competing at the welterweight limit. The Oxnard, California, native knocked down Las Vegas’ Vargas (29-3-2, 11 KOs) in the fifth round and beat him by unanimous decision in their 12-rounder February 29 at Ford Center at The Star in Frisco, Texas.

Garcia’s victory over Vargas came in Garcia’s first fight in the 11 months since Spence won every round against Garcia on all three scorecards (120-108, 120-108, 120-107). Las Vegas’ Porter hasn’t boxed since Spence (26-0, 21 KOs) edged him by split decision in their 12-round welterweight title unification match September 28 at Staples Center in Los Angeles.

“Keith, same thing [as Porter],” Garcia said. “Keith is there to fight. You know, and he’s been a champion, a unified champion, and I think that would a terrific fight for the fans to watch. So, like I said, I’m open to fighting anybody.”

[QUOTE=BLASTER1;20555095]Mikey always flaps his gums about fighting the best but rarely does.[/QUOTE] he did once and lost 12-0. thats a start? maybe next time he will win a round?

Mikey always flaps his gums about fighting the best but rarely does.

I see him losing to Porter too.

Smart match for Mikey which would give him juice as I felt Porter beat Spence... Mikey has to think he could out do granados