Mikey Garcia: I'd Love The Pacquiao Fight - But I Gotta Earn It

Garcia returns to the ring next month, when he faces two division champion Jessie Vargas on February 29. DAZN will carry the contest.

The showdown takes place at the welterweight limit of 147 at Ford Center at the Star in Frisco, Texas. 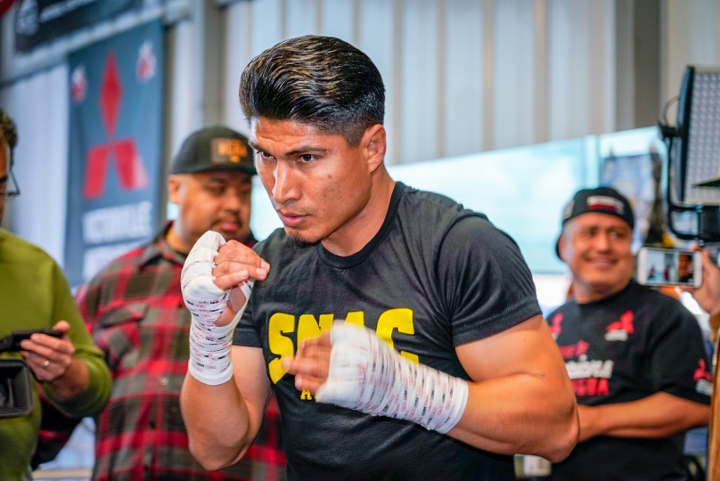 The bout will be the first for Garcia since suffering a one-sided twelve round decision loss to IBF welterweight champion Errol Spence in March of last year.

For the bout with Spence, Garcia (39-1 30 KOs) moved up by two weight classes to take the fight.

For the moment, he wants to continue competing at the welterweight limit.

Vargas (29-2-2 11 KOs) has only two defeats on his record - with the losses coming at the hands of Timothy Bradley and Pacquiao.

Pacquiao won a twelve round unanimous decision over Vargas in 2016 to capture the WBO welterweight title.

There will be comparisons between their performances, when Garcia meets Vargas in the ring. An impressive victory could place him at the top of the list for a Pacquiao fight.

The eight division world champion is scheduled to fight again in the first half of the year.

"I would love that fight. I think the fans would really enjoy a fight like that as well. But I gotta to earn it, I have to get something behind that as well. If that fight is available, then I'm definitely going to jump on the opportunity," Garcia told BoxingScene.com.

[QUOTE=Oldskoolg;20307907]Well Crawford is considered p4p#1 and an undefeated 3 weight world champion and reigning title holder at the same weight.....[/QUOTE] Beating Jeff Horn (which according to Crawford is the reason to consider him #1 P4P) is sufficient to earn a…

Get past Vargas first and look good doing it

Go for the KO Mikey! Vargas is going to struggle with that weight, so I say go hard in the 8th!

He was a punching bag for Spence, definitely has to earn it.