Mikey Garcia: The Fight That Interests Me The Most is Pacquiao!

Former four division world champion Mikey Garcia has been out of the ring since as lopsided twelve round decision loss to IBF, WBC welterweight champion Errol Spence back in March.

But he's looking ahead to big fights in 2020, and the biggest fight on his radar is a world title shot at WBA champion Manny Pacquiao.

Pacquiao had a banned 2019, after dominating Adrien Broner back in January, and then moving forward to decision undefeated Keith Thurman for the WBA strap in July. 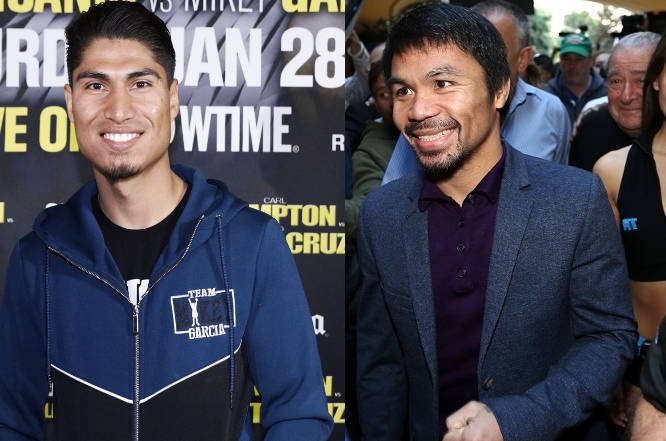 Eddie Hearn, who promotes Vargas, is trying to get a welterweight clash together with Garcia for streaming service DAZN. Garcia primarily fights under the banner of Premier Boxing Champions, who have deals with Fox Sports and Showtime. Garcia is not contractually bound to PBC.

But for Garcia the most lucrative option is a fight with Pacquiao, who intends to fight in March or April of next year.

"The fight that interests me the most in 2020 is the one with Pacquiao. Hearn approached use with a proposal for Jessie. We have not negotiated it, but it is there [on the table]. The important thing is that there are many options to return to the ring," said Garcia to ESPN Deportes.

Vargas is very interested in facing Garcia. He currently invaded the junior middleweight division to topple Humberto Soto, and a fight with Garcia would likely require a return to the welterweight limit of 147-pounds.

PAC should just head up with DSG for an entertaining brawl. Another nice name on a spectacular HOF unrivaled and overachieving resume...

[QUOTE=Ajvar;20219688]YOUR point? You quoted MY point.[/QUOTE] ———/ This is your original post - [U]Originally Posted by Ajvar View Post Mikey should fight Horn. A battle of 2 loosers. Except at least Horn didn't duck Pacquiao but Mikey ducked smaller Loma.[/U]…