Mike Tyson has spoken highly of YouTubers of late saying that those who moonlight as boxers are great for the growth of the sport as the sweet science looks to skew toward a younger audience.

In Tyson’s recent exhibition versus Roy Jones, the former heavyweight champion had Youtuber Jake Paul as the co-feature fighting and knocking out former NBA star Nate Robinson in a professional boxing match.

Jake’s older brother Logan will be engaging in an exhibition with fighter of the decade Floyd Mayweather Jr. on February 20 on Fanmio pay-per-view.

After the fight was announced in December, Logan Paul brought Tyson on as a guest for his show “Impaulsive.” 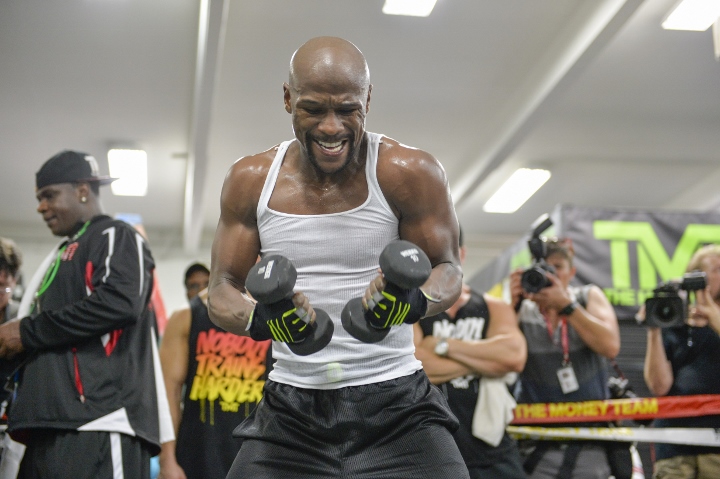 Although Tyson scarfed down a handful of shrooms during the conversation, he didn’t allow for the hallucinogenic effects to alter his prediction of how the match between Mayweather and Paul will unfold.

“Floyd is going to beat [Logan’s] f---ing ass,” Tyson told Paul and two other guests. “But it's going to be good, though. He's going to fight back … [Mayweather] might let you hit him a couple of times to make the show look good. There's always a danger when two men go into the ring. Anything can happen.”

The last time Mayweather was in a ring for an exhibition, he destroyed Japanese kickboxer Tenshin Nasukawa inside of one round.

Paul made his professional boxing debut in 2019 with a decision loss to KSI at the Staples Center in Los Angeles.

Whether it’s the handsome pay days or the lure of the spotlight and competition, the soon-to-be 44-year-old Mayweather will be lacing it up one more time next month.

Tyson, a recovering addict, said Mayweather is ultimately addicted to the gym.

“Let me tell you something about Floyd. No matter what anybody says about him, he's always in the gym. He's a gym rat,” said Tyson. “He retired, and he stayed in the gym. He can't help it. He doesn't do drugs, but that's his heroine.”

Floyd will make it entertaining for sure. Will let Logan throw punches. The size advantage is going to be absurd...Logan is 6+ feet tall and 200+ pounds. If he goes absolutely full r3tard it could be fun for 1 min…

Of course he will and should. Regardless of age and size, you have a expert with a lifetime of experience against a hobbyist. He's not even an amateur. Plus we all know fmw and paul prob got some behind the…

[QUOTE=SweetPbfAli;21001980]He had just ate a handful of shrooms before saying that 😂[/QUOTE] lol. Go mike. Their can only be one MIKE TYSON.

That’s a no damn brainer

Next month. Only boxing match I'm looking forward to.