Mike Tyson: Ruiz Beat Joshua Once, He Can Beat Him Again

Former undisputed heavyweight champion Mike Tyson feels Andy Ruiz is more than capable of repeating his big upset performance from back in June.

Before a packed crowd at Madison Square Garden in New York City, Ruiz dropped Joshua four times to secure a seventh round stoppage, and in the process he captured the WBA, WBO, IBF, IBO world titles.

The outcome was regarded as one of the biggest upsets in the history of the heavyweight division. 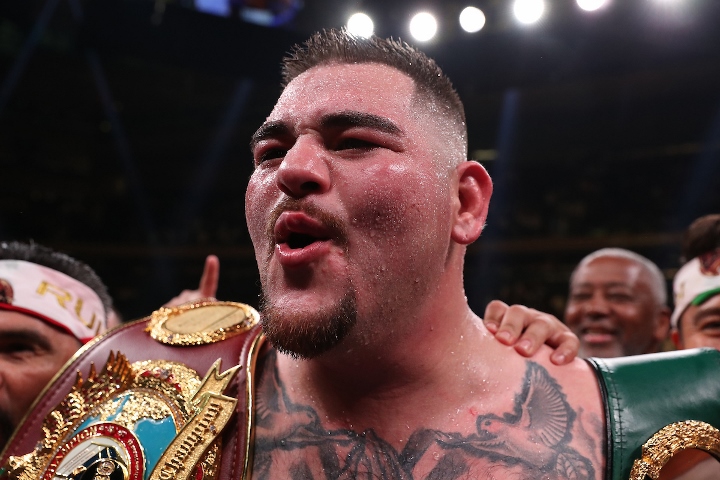 Tyson's 1990 knockout loss to Buster Douglas is regarded as the biggest upset loss in the history of the sport.

Tyson, who at the age of 20 became the youngest boxer to be crowned heavyweight champion, was very impressed with Ruiz's victory.

“(Andy) came the other day, we talked. His energy is wonderful, he is a beautiful person,” Tyson said to ESPN Deportes.

The rematch between Ruíz and Joshua will take place by the end of the year.

Joshua has exercised his right to an immediate rematch. The second fight is being targeted for the UK.

And Tyson believes the Mexican fighter can still win the rematch regardless of the location.

Regarding his thoughts on who he regards as best fighter in the sport, Tyson would have to go with Mexican superstar Canelo Alvarez, who last year signed a $365 million contract with streaming service DAZN.

Canelo was in action back in May, when he unified the WBC, WBA, IBF middleweight titles with a twelve round unanimous decision over Daniel Jacobs. A planned return for September has been pushed back to the end of the year - likely on a date in December. No opponent has been determined at the moment.

[QUOTE=Breno G;19968368]I highly doubt Ruiz will beat AJ again. Even if he does, Tyson or Wilder will kill him. A loss to Ruiz again will prove AJ was a hype job, but won't prove Ruiz is as good as the…

1hourRun pretty much handled the thread with facts. Actual facts. Not personal opinions because “hurr derr I hate Wilder” but Boxing truth. The simpletons and quite possibly racists he was educating just cried and called him stupid because they weren’t…

I clicked on this thread to say something, the first thing I saw was Tyrell Biggs and was thrown completely off that any of you mfers knew who he is. I have no idea what I was going to say.

Can Ruiz even get fair judges or Ref in the rematch?