Miguel Marriaga Plans To Fight On, Feels That He Overtrained

Veteran Miguel Marriaga (29-4, 25 KOs) made it clear that he is still not thinking about retiring from the ring, despite the fact that he lost in his last fight, this past weekend, at the MGM Grand Conference Center in Las Vegas.

It was Marriaga's first ring appearance since last December, and snapped a four fight win streak. 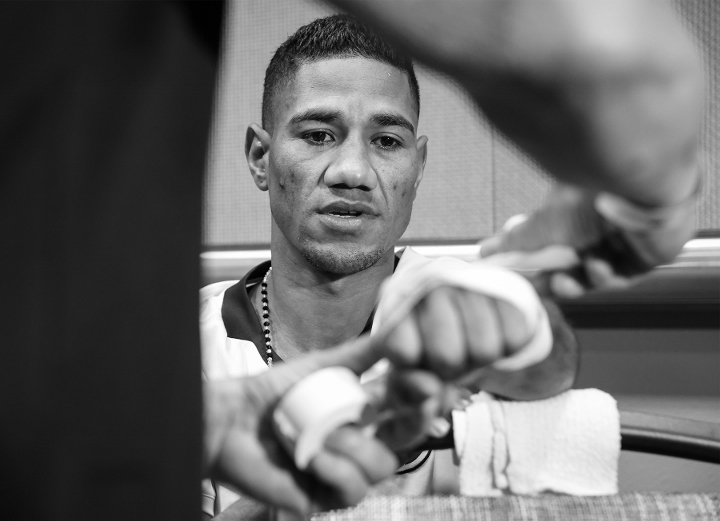 Marriaga had been scheduled to challenge WBO featherweight champion Shakur Stevenson in March at The Theater in Madison Square Garden in New York City, but the entire event was canceled due to the coronavirus pandemic.

Then he was scheduled to fight Mark John Yap in July, also at the MGM Grand Conference Center. That fight was also canceled, after Yap was severely overweight.

Against Gonzalez, it appeared that Marriaga was unable to get much of anything going beyond the first few rounds. Marriaga was sluggish as the fight played out, with Gonzalez outworking and outlanding him to a very dominant win.

Marriaga believes that he simply overtrained by working since the start of the year with few gaps.

"In boxing you win and you lose When I decide to retire from boxing, I personally will make a publication on the social networks about my retirement, but not right now," said Marriaga, who is now 33 years old, to Juan Carlos Martinez.

“I lost due to overtraining, I missed training. When the first fight was canceled, I kept training. I thank God for everything, because I am healthy," added Marriaga, who will arrive back home in the city in the next few days.

he looked like absolute **** compared to the guy we saw agaisnt Valdez years ago.

Marriaga is shot and needs to Quit while he can but won’t. Those first 2 rds was all instincts but he’s done as a fighter. He’s a gatekeeper that’ll be lucky to expose hype Jobs but has a future as…

I don't get why people make a deal about his age he's not that old he can still make for interesting fights but I don't think he will be champ.

Quite likely overtrained, especially given his fairly advanced age for a the weight. Or could just actually be an "age thing".

It's certainly possible with all the delays he encountered but it's also possible Miguel beats a certain level of fighter and loses to another level. His best wins are against Guy Robb and Chris Martin.