Mickey Bey Ready For Redemption in Kambosos Clash at MSG

Mickey Bey is ready for redemption as he looks to pave a way back to world titles after issues away from the ring kept him sidelined for almost two years.

Bey had been caught up in contractual issues with his previous promoter, but now under the guidance of trainer/advisor Andre Rozier, the former IBF Champion is throwing himself back in at the deep end against IBF top ten ranked lightweight George Kambosos Jr.

Bey opened up about his time away from the ring and how preparations have gone for this make or break fight on Saturday evening at the Mecca of Boxing, Madison Square Garden. 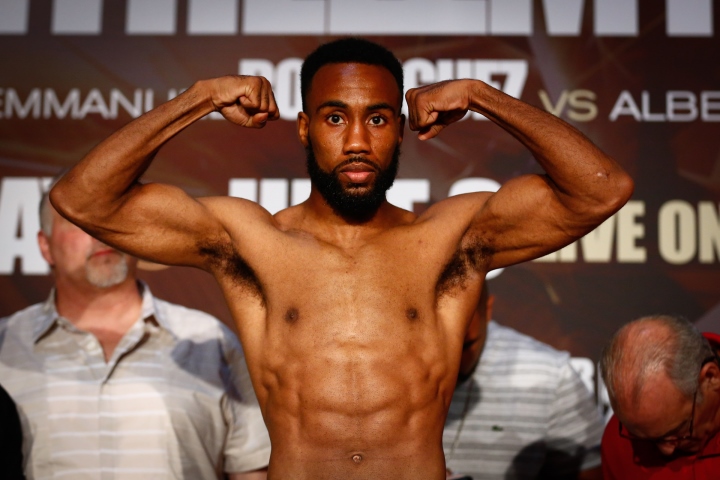 The Ohio native said, “Firstly I want to thank Andre Rozier for getting me this opportunity. He has put so much faith in me and brought me back to a place where I can redeem myself on the grandest stage of them all and trust me I will.

“Training has been fantastic with Andre and the whole Havoc Team in Brooklyn, New York. I have been with some amazing trainers in my time and this crew is up there with the best I’ve ever seen. Working alongside Richard Commey and also conditioning with Dave Honig as got me more than ready for Saturday night.”

Former IBF world champion Bey faces the task of a fighter many are tipping to become world champion in Peter Kahn managed George Kambosos Jr. Bey, who has held the IBF version of the world title himself gave his assessment on how proceedings with unfold this coming Saturday.

He said, “This is not going to be an easy fight I know this and have trained accordingly. George is a game fighter who loves to come forward, but I believe that I am the smarter fighter and better boxer. Skills pay the bills and that’s exactly what I will use on Saturday night.

“I must win on Saturday, it’s a simple as that. If I have to go to the trenches I will go into the trenches to win this fight. I have been through a lot in the last couple of years and it’s time for me to show what the boxing public have been missing for two years and that Mickey Bey is still getting better and will be a two time champion of the world.”