Frenchman Michel Soro won the World Boxing Association (WBA) junior middleweight gold title, by knocking out his compatriot Anderson Prestot in the fifth round, in the main event battle of a card that took place on Saturday at the Palacio of Sports in Marseille, France.

Soro did not have problems in dominating Prestot, and eventually broke him down for a knockout victory in the fifth.

Prestot was a last minute opponent, as Soro was scheduled to face MagomedKurvanov, for the vacant WBA "regular" junior middleweight title. But there was a visa problem, where Kurbanov did not receive the papers until the morning of the weigh-in - and because of that he could not travel to France and had to be replaced on a day's notice. 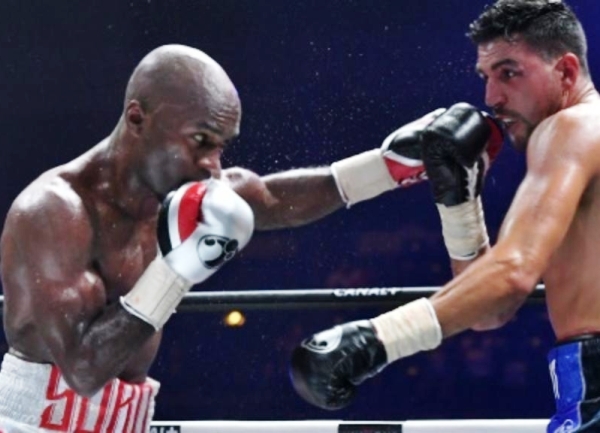 The WBA's Championships Committee approved the request of Univent Boxing Promotion, represented by Sebastien Acaries, to sanction the fight for the vacant gold belt. The contract for the confrontation between Soro and Prestot was then signed by both parties and included the endorsement of the WBA.

Initially, Soro was scheduled to face undefeated Argentine boxer Brian Castano, for the vacant WBA "regular junior middleweight title. But it fell apart after Castano walked away from the fight because he did not agree with the purse, and for that reason he was dismayed by the WBA.

So why is not Lara vs Soro? LOL Lara vs Ramon Alvarez as a WBA eliminator joke

Nothing more than a keep busy fight for Soro.