Michael Hunter: "This is My Big Shot" vs. Alexander Povetkin

Ask and you shall receive.

Heavyweight contender Michael Hunter called out Alexander Povetkin immediately after dropping and decisioning previously unbeaten Sergey Kuzmin in September. The bold remark immediately got Matchroom Boxing head Eddie Hearn’s attention, who hammered out a deal to pit Povetkin against Hunter on Saturday as the co-feature to the Andy Ruiz versus Anthony Joshua rematch in Saudi Arabia.

The 31-year-old Hunter (18-1, 12 KOs), the son of late heavyweight challenger Mike Hunter (26-7-2, 8 KOs), believes that he’s finally inching toward the chance to change his career trajectory.

“I’m in the best position of my career, fighting as the co-feature for the most anticipated boxing event of the year,” Hunter told BoxingScene.com in an interview. “It’s such a blessing to be able to showcase my skills against an awesome opponent. It’s like a dream come true, especially fighting overseas like the old school heavyweights. This is my big shot. It could have come earlier, but I’m here now.” 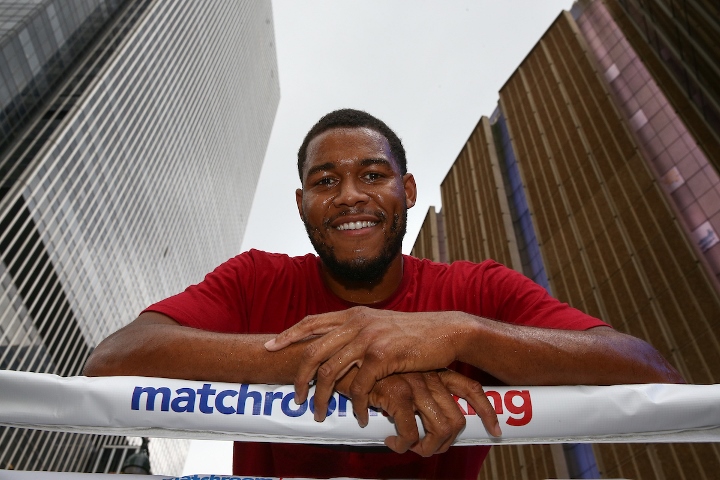 Hunter, a former cruiserweight whose only career loss came to the hands of Oleksandr Usyk via decision in 2017, said in order to pounce on Povetkin, he’ll have to overcome the former heavyweight champion and Olympic gold medalist’s decades-long experience.

This will be Hunter’s seventh fight as a heavyweight since moving up in weight in 2018.

“Povetkin’s fought against top-level guys for over a decade, and that’s something I don’t have. I can only build upon my experience as my career continues,” said Hunter. “He’s only been stopped once, so I will have to out-perform him. I’m looking to accomplish that feat. I will have to overcome a lot of things with his experience. He’s a strong puncher with a great left hook and seasoned guy. He’s ruthless and a warrior. He has everything that it takes to beat a guy on the come up like me. People really don’t know what I have, so this is a test. This is the perfect opportunity for me.”

The Las Vegas-based Hunter will be relying on his trainer and former heavyweight champion Hasim Rahman for the blueprint. Rahman (50-9-2, 41 KOs) now 47, suffered a TKO loss to then-unbeaten WBA champion Povetkin in 2012 in Germany during the second-to-last fight of his career.

“Hasim is a great strategist. We’re basically like family. I’m close with all of his kids, and we grew up together. I don’t think I could have had a better mentor to take me under his wing,” said Hunter.

Rahman has been advising Hunter on working on his jab and movement to best Povetkin. Hunter also sparred with Ruiz as part of training camp to get as much experience as possible.

The veteran, 40-year-old Povetkin (35-2, 24 KOs) has only suffered blemishes to Wladimir Klitschko in 2013 and Joshua last year. He rebounded by beating Hughie Fury in August.

“Povetkin has age on him and wear and tear on the tires. He’s very experienced, and it’s the little things that count that he’s going to have in the ring,” said Hunter. “Hasim has just as much experience in and out of the ring as well, and he’s preparing me for the perfect game plan. I’ve practiced it many times, and I just have to play it out come Saturday.”

[QUOTE=Califire209;20230081]Lol Fury was on the back foot jogging the whole night, Povetkin is still a live dog but he will definitely take a loss against the fresher Hunter who is coming from Andy Ruiz jr.'s training camp. After hunter gets…

[QUOTE=Roberto Vasquez;20226969]Hunter has no chance. Povetkin will KO him. Uysk won't want anything to do with Povetkin People think just because Povetkin looked ordinary against Hughie Fury, that he is on the slide. But Hughie Fury is one of those…

[QUOTE=Champ Wilder;20226817]It's too soon. He needs to develop a bit more before boxing verse the Gold medalist Usyk[/QUOTE] On the contrary Hunter has been fighting at Heavyweight and has been fighting top contenders with wins over Povetkin, Sergey kuzmin, Ustinov…

Povetkin is top 10 hw and I don`t think he loses against anybody under top 10.

Povetkin is definitely there for the taking. He's gotta be 40 by now. Don't think Hunter can go too far though. He got outboxed by Usyk at CW, and doesn't have the power or the size to be legitimate at…