Michael Hunter: I'll Be Pushing For a Knockout Against Povtekin

Michael Hunter will be hunting for another knockout win when he faces former WBA heavyweight champion Alexander Povetkin.

The contest will be part of the undercard to the Andy Ruiz vs. Anthony Joshua rematch, which is scheduled to take place at the Diriyah Arena in the Kingdom of Saudi Arabia on Saturday December 7.

Both boxers was coming back from big wins. Povetkin (35-2, 24 KOs) returns from his August triumph over Hughie Fury, while Hunter (18-1, 12 KOs) dominated another Russian fighter, unbeaten Sergey Kuzmin. 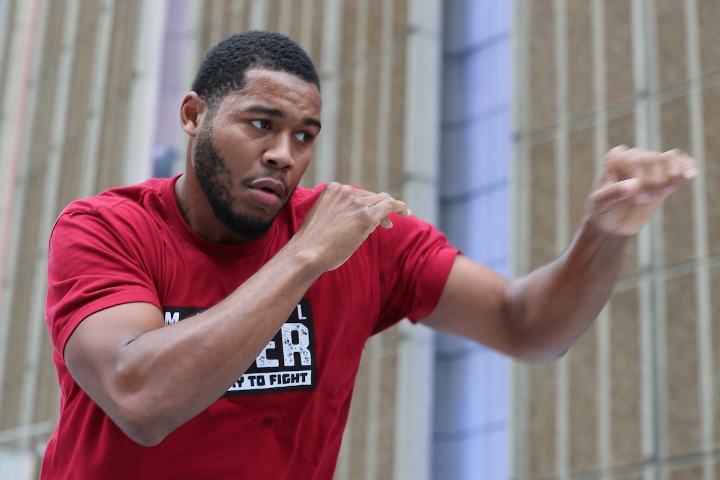 Hunter has picked up six wins at heavyweight since moving up from cruiserweight, with four of those wins coming inside the distance. He made a statement last year with a stoppage win over Martin Bakole and then took down the much bigger Alexnander Ustinov.

Povetkin will be far from an easy task. The Olympic gold medal winner has only been defeated by Anthony Joshua and Wladimir Klitschko throughout his career.

“This is a very exciting opportunity for me, and I have got to prove myself once again,” said Hunter. “Whether you’re the underdog or the favourite it’s all the same because I feel like I am the best fighter out there!

“I look at this fight with Povetkin as my ‘gold medal’ fight. I was in the Olympics and so was he, he won the gold medal and I didn’t so this is basically my gold medal fight right here. I am always pushing for the KO!

“I thrive on making guys quit so I’m definitely going to push for it. I am a boxer first though and I’m certainly going to be boxing his shoes off! If I see any quit in him then I am going to take advantage of that.”

Hunter will have his moments but hez definitely getting KOed. Thats guaranteed.

[QUOTE=Roberto Vasquez;20175383]I don't like Hughie. Bores me to sleep. But I will give him credit though because he is fighting much better fighters than his relation so-called-greatest-fighter Tyson Fury. My point is Hughie makes everyone look bad because of the…

[QUOTE=Califire209;20171344]Your boy Hughie walks and practicly jogs away from any physical contact other than a lazy jab. LMAO did lil hughie make a 39 yr old Pulev look shot?.. This guy literally stuffs his gloves with down feathers.. Hunter will…

Stop Povetkin, good luck with that, lol, only Joshua did that.

[QUOTE=Koba-Grozny;20170660]He won me over for sure, been rooting for him pretty hard his last few fights... [/QUOTE] Yeah, it was that Usyk fight where i became a fan. I was very sceptical when he went to HW but he's impressed…