In light of the recent news that there will be a light heavyweight world title unification fight between Ukraine's Oleksandr Gvozdyk (17-0, 14 KOs) and Russia's Artur Beterbiev (14-0, 14 KOs) in October, Roc Nation Sports boxer Meng Fanlong (15-0, 9 KOs) is looking forward to a timely fight versus the winner of that bout as Fanlong became the #1 mandatory challenger for the title when he beat Adam Deines (17-1, 8 KOs) on June 1.

“I would have done the same if I was him. The best deserves to fight the best in this sport. My dream has always been to challenge the world title, but the rule allows the unification fight to take place first in this case. I’m still looking to fight the winner of the unification bout to fulfill my mandatory obligation. I expect a timely bout after the unification takes place and I’m excited for it.” 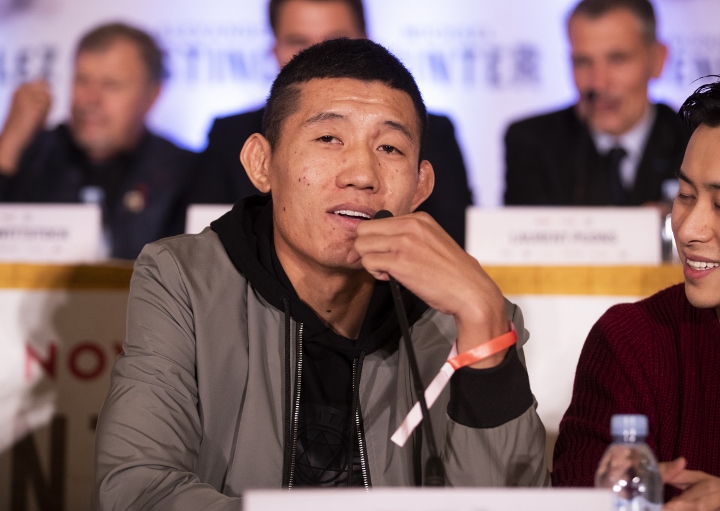 When the bout between Fanlong and the winner of the Gvozdyk-Beterbiev occurs, the two titles will be up for grabs. If Fanlong wins his world title match, he will make history by becoming the first Chinese boxer to earn a world light heavyweight belt. Due to the timing of the title unification, the title match for Fanlong will most likely take place in early 2020.

“It’s a little disappointing since we got word of the Beterbiev –Gvozdyk match since Fanlong has worked so hard to earn his title shot,” said Roc Nation Sports boxing promoter Dino Duva. “We had been in IBF ordered negotiations with Top Rank for Beterbiev and they said Beterbiev had no problem fighting Fanlong, but I guess they had an opportunity to make the unification match. Hopefully Gvozdyk feels the same if he wins. We respect the unification concept and rules, but only for this match. One thing I can assure you – we will fight to enforce Meng Fanlong’s rights against the winner. Hopefully, he will have the courage to put both titles on the line against Fanlong, which will make the wait even sweeter.”

[quote=boxing logic;19982318]was really upset to hear about the trash matchup gvozdyk vs beterbiev taking place, but now that i know the winner could fight this guy, i guess there's a real reward in having that matchup take place after all,…

[QUOTE=Southpawology;19982580]"Im excited to face Artur Beterbiev" .... Said NOBODY EVER. Never heard of this guy Fanlong but anyone with a pair of balls like that you gotta respect![/QUOTE] Many have been vocal on the possibility... Sadly most choke when they're…

Fanlong Meng is a ballsy guy and I'm glad the Chinese market will finally get a big guy competing at world level, he's not a bad boxer btw. Might surprise some with how decent he is.

[QUOTE=dot.c.eh;19983566]Yeah figured I was talking about the wrong one of the two. Thread makes more sense now. I don't know a lot about the LHW division. Granted Gvozdyk retired Adonis Stevenson, his last fight with Ngumbu wasn't anything special, another…

[QUOTE=_Rexy_;19983299]He isn’t untested at all lmao. And he’s the hardest hitting LHW bar none. Probably the hardest LHW I’ve ever seen. And with his amateur pedigree that’s a dangerous thing. He beat Kovalev twice in the ams, and has a…