“The statements claiming that members of Terence Crawford’s team, specifically Todd Kinney and I, released documents and contract details to the media are false,” McIntyre said. “Bob and his team need to look in house for those leaks.” 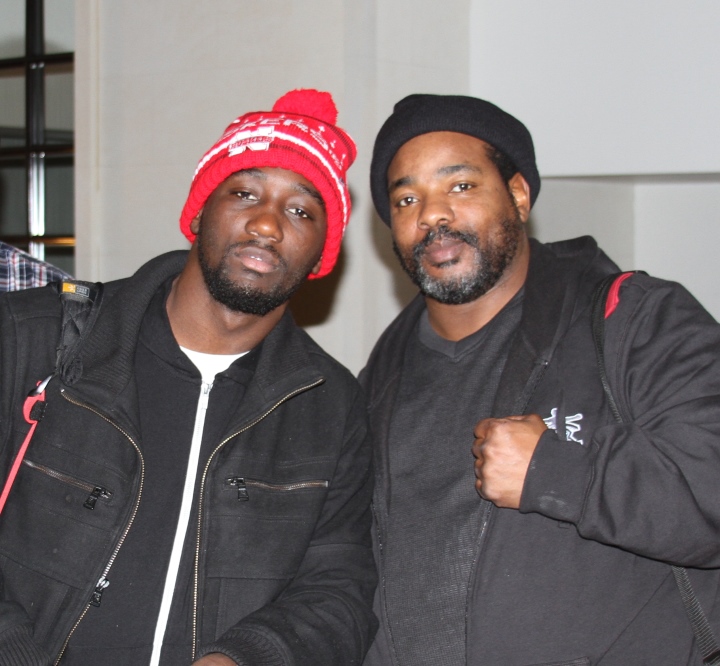 McIntyre has remained mostly quiet since Arum made inflammatory comments about Crawford following Crawford’s fourth-round stoppage of Kell Brook on November 14 at MGM Grand Conference Center in Las Vegas. An agitated Arum stunningly stated in the immediate aftermath of Crawford’s win that he isn’t sure he wants to continue working with arguably the sport’s best boxer because Top Rank loses money promoting Crawford’s fights.

Crawford’s contractual status is an issue because unless Top Rank can secure the three-division champion a lucrative showdown with Manny Pacquiao next, the other elite welterweights Crawford wants to fight, namely Errol Spence Jr., are tied to Al Haymon’s Premier Boxing Champions. The unbeaten WBO 147-pound champion seemingly would have a much better chance of landing fights against Spence and other top PBC boxers if he left Top Rank, his longtime promoter.

An unapologetic Arum doubled down on his controversial Crawford comments and blamed Crawford’s team for fueling their drama in a BoxingScene.com story posted Monday.

“I don’t give a sh-t,” Arum told BoxingScene.com. “I don’t care because what (Crawford’s team) did was reprehensible. The lawyer (Kinney) sent a letter to us. OK, that’s fine. That’s what lawyers do. But you don’t release it to the press. All of this should have been behind closed doors, like what men do. I’m not going to take this sh-t. I’m just not going to do it because the truth is, I’ve lost money with this guy.”

Arum informed BoxingScene.com that he believes McIntyre leaked details of Crawford’s contract to The Athletic for a story posted to that website November 13, the day before the Crawford-Brook bout. The 88-year-old promoter was especially bothered by the revelation that he had promised to pay Crawford $1 million if Top Rank didn’t make an offer in 2020 to Spence for a welterweight title unification fight with Crawford.

Arum also told BoxingScene.com that he has removed himself from future dealings with Crawford and his team. He said his stepson, Top Rank president Todd duBoef, will handle all Crawford-related interactions moving forward.

The 33-year-old Crawford (38-0, 27 KOs) has been one of Top Rank’s elite fighters for more than six years and is one of the sport’s biggest draws among American boxers, particularly in his hometown of Omaha, Nebraska. Even though Crawford was heavily favored, ESPN’s brief broadcast of his victory over England’s Brook (39-3, 27 KOs) drew a peak audience of 2,078,000 and an average viewership of 2,029,000, according to Nielsen Media Research.

[QUOTE=Bandman;20910167]Says the little g fan :smashfrea[/QUOTE] [QUOTE=Timur78;20910716]If you like personality, then watch personality contests. Big Brother must be your thing. Why are you in a boxing forum???[/QUOTE] Once again. In the BUSINESS of boxing,…

[QUOTE=revelated;20908048]In the BUSINESS of boxing, your personality is what sells tickets. Nobody will care about your knockouts when your own trainer publicly trashes the opponents and shrug your shoulders when people ask you questions. The interview with Max Kellerman and…

[QUOTE=tritium_arma;20910296]What do they gain from leaking it genius?[/QUOTE] use your head

[QUOTE=2ndroundko;20910230]it’s clear top rank leaked it. requires an iq most dont have on here to realize that[/QUOTE] What do they gain from leaking it genius?