McGregor's Trainer: I Believe The Manny Pacquiao Fight Will Happen

"It's in the works. Both boxers have agreed fundamentally. Behind the scenes there are a lot of terms and conditions, legal teams and managers that have to work out fine details," Kavanagh said.

"I believe it will happen. When? I'm not sure. I think it might be early next year. The wheels are in motion. It looks like I'll be coaching boxing again." 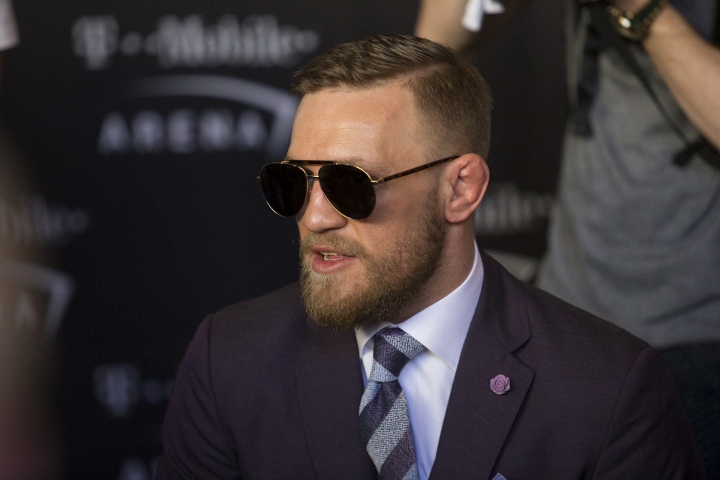 McGregor made his boxing debut back in August of 2017, when he was stopped in ten rounds by Floyd Mayweather at the MGM Grand in Las Vegas.

In the aftermath of that loss, he would return to mixed martial arts with the UFC.

After competing in the UFC back in January, with a quick knockout win, McGregor waited a few months to announce his retirement from the sport.

Then last week McGregor broke his silence about his fighting future, by announcing that he plans to fight Pacquiao.

Pacquiao's handlers told BoxingScene.com that a deal is very far from being done, although the two sides have been in talks.

McGregor plans to stick to the rules of boxing when he faces Pacquiao, after admitting that he was tempted to use an MMA move on Mayweather.

"I will see how the build-up goes and wait to hear what bitter old Freddie Roach [Pacquiao's head trainer] has to say and then make a decision," NcGregor said.

"Boxing it is for now and I'm up for this! I hope no bottling takes place here. I'm already agreeing to these limited rules and holding back my full array of weapons. Let's get it going guys."

Connor would be a skeleton under 154 and will be about 175 on fight night, now will Manny want some sort of weight clause or he just going to do it the same as Floyd 154 no weight clause or…

Y'all should teach McNuggets how to punch before sending him back into the boxing ring.

[QUOTE=pasawayako;20783849]Well this is a charity fight for pac and all the money he get will be donated to the covid victim in the Philippines. Go pac ko gregor in round 1.[/QUOTE] ————— It’s funny how you ridiculed Floyd for fighting…