McCracken Does Not Expect British Boxers To Turn Backs on Olympics

Rob McCracken says that he does not expect any Great Britain boxers to turn their back on the Olympic Games to turn professional.

The Tokyo Olympics had been due to start in July, but the coronavirus pandemic has seen it put back until July 2021.

Several boxers including gold medal hopes Pat McCormack and Peter McGrail had planned to turn professional straight after the Tokyo Games. But the decision to move the Olympics back 12 months has mean them having to weigh up the benefit of boxing in Tokyo against getting started on their professional journey.

In reality, it should not be a tough decision. In the UK, boxers in the podium squad can receive funding of up to £30,000 depending on their medal record, while anyone turning professional now would not have any idea of when they would be able to box and earn money, while they will also be entering a very crowded market place, with all professional boxers presently not earning. 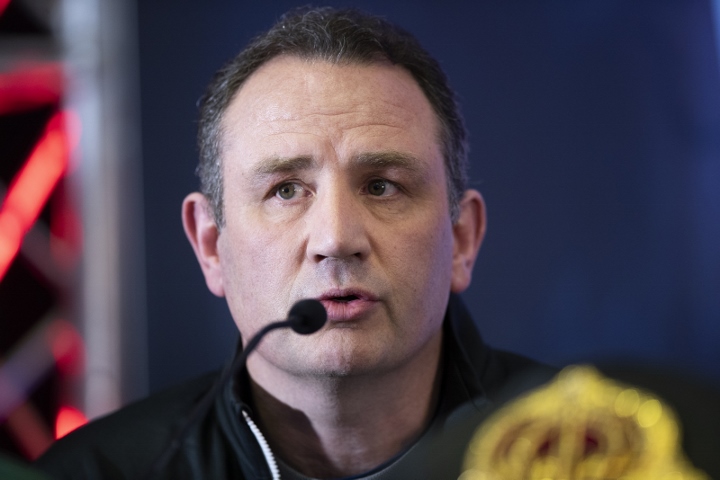 And while professionals are allowed to compete now at the Olympics, it seems unimaginable that a boxer would just leave the GB programme to box professionally only to return next year.

McCracken, the GB performance director, is currently having talks with all the members of the squad to map out plans for the next few weeks and months, while their base in Sheffield is closed down.

“We spend a lot of time talking on the phone to the boxers, trying to keep them on track and getting the delivery right,” McCracken said.

“You’d have thought [they will all stay in the Olympic programme]. I am speaking to all the boxers at the minute but hopefully we will be OK.

“There are no tournament schedules right now, we are in the same boat as other countries.”

So far two British boxers, McGrail, the featherweight, and Galal Yafai, the flyweight, have qualified for Tokyo and they are assured of their place. Both effectively moved up in weight when the divisions were restructured last year, so neither have any worries about outgrowing their divisions.

“Both did great in qualifying but, Galal did particularly well beating the Russian (Rasul Saliev),” McCracken said. “That was a tough fight. He has beaten the Cuban No 1 and the Russian No 1 in the past six months.”

The European qualifying tournament in London was suspended after three days, with the plan to restart it whenever proves possible. With the Games being pushed back 12 months, it seems likely that some of the same boxers may not be there for the rearranged tournament, leading to the possibility of either a string of walkovers or the organisers allowing substitutes.

“The ones who have qualified have qualified, but it might not be all the same boxers at the tournament, it might be a year away, we just don’t know,” McCracken said.

“It seems unlikely that every single boxer will be there at the same weight. If they start again as Day 4, it could be they might just keep the countries the same and allow them to pick who they want.”

This is why I feared and is going to happen at this pace, that amateur and some fighters of the Olympics are going to turn professional for the economical crisis this fuc[I]kin[/I]g Corona Virus is causing. :sigh1: :boxing:

The young men need to make money from this craft in as much time as they can possibly get so plenty of them would probably skip waiting another year if they've been holding out for long enough already.

I guess it all boils down the options in front of them..