Mayweather Will Travel To Tokyo For Meeting With Rizin

Mayweather has had business dealings with Rizin in the past.

He fought in the main event of their big "Rizin 14" card, in Japan, on December 31, 2018 - when he stopped Japanese kickboxing sensation Tenshin Nasukawa in the first round of their exhibition boxing bout.

Nasukawa, who is essentially a featherweight and fought Mayweather at welterweight, was knocked down three times before the fight was waved off.

Mayweather did not disclose the nature of the planned meeting.

"Soon I’m going to hop on my jet to Tokyo, Japan for a meeting with my partners and Rizin for something this year 2020. Stay tuned," Mayweather stated. 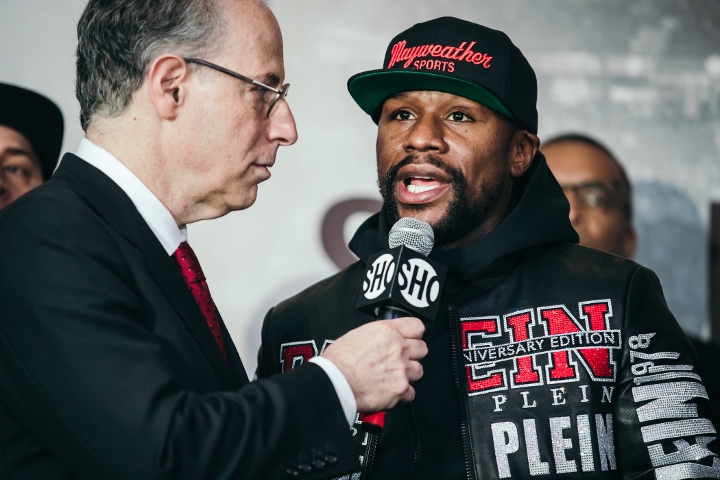 Mayweather made his announcement on the same day that Rizin held a major press conference to discuss their upcoming events.

Mayweather retired from the sport in September of 2015, when he won a twelve round unanimous decision over Andre Berto.

He came back two years later, for a cross-sport mega-fight with UFC superstar Conor McGregor.

In the second biggest pay-per-view event in history, Mayweather stopped McGregor in the tenth round of their junior middleweight clash at the T-Mobile Arena in Las Vegas.

Following that win, Mayweather went right back into retirement.

Outside of his appearance for Rizin, Mayweather has been away from the boxing ring.

But, Mayweather constantly teases potential ring returns on a regular basis. He's discussed the possibility of rematches with both Pacquiao and McGregor. And he's willing to take part in more exhibition bouts if the price is right.

[QUOTE=chicken-;20654459]Lots of bitter poor people here offended by Floyd cashing in on 20+ years of excellence.[/QUOTE] Yes he can cash in now let him. Floyd might not have been champion as many years as pac and as excellent as pac,…

Lots of bitter poor people here offended by Floyd cashing in on 20+ years of excellence.

He made to 50-0 fighting an MMA fighter what a disgrace to the sport. He's not boxing news Floyd is a circus clown

[QUOTE=BIGPOPPAPUMP;20651916]Former five division world champion Floyd Mayweather has revealed that he's planning a trip to Tokyo, Japan to sit down with mixed martial arts company Rizin. Mayweather has had business dealings with Rizin in the past. [[URL=https://www.boxingscene.com?m=show&id=150106]Click Here To Read…

[QUOTE=Roadblock;20652117]I wont buy it because it doesnt interest me, but I will see it no doubt. The point is the guy beat everyone for real and is now cashing in on his name, well more power to him I say,…