Late Saturday night, McGregor once again announced his retirement from combat sports - making it at least the third time that he vowed to retire.

McGregor made the announcement on Twitter following the UFC 250 pay-per-view event in Las Vegas.

Early last year, McGregor said he was retiring after losing to Khabib Nurmagomedov at UFC 229 in October 2018. He also made retirement claims in 2016.

But, he came back to the UFC in January with a first round knockout of Donald Cerrone at UFC 246. 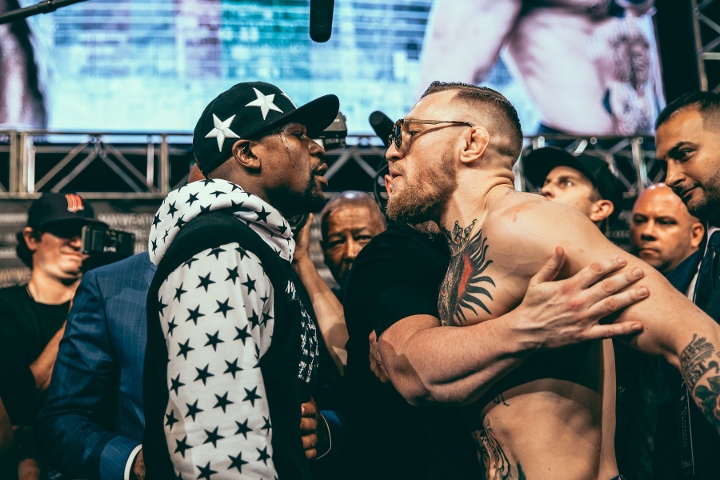 After the UFC 250 had concluded, McGregor wrote on social media - "Hey guys I’ve decided to retire from fighting. Thank you all for the amazing memories! What a ride it’s been! Here is a picture of myself and my mother in Las Vegas post one of my world title wins! Pick the home of your dreams Mags I love you! Whatever you desire it's yours."

McGregor has been discussing the idea of returning to the sport of boxing - but his latest retirement may have put the brakes on those plans.

He made his boxing debut in August of 2017, when he stepped in the ring with Mayweather. Their pay-per-view generated the second highest buyrate in history, with Mayweather stopping McGregor in ten rounds at the T-Mobile Arena in Las Vegas.

Mayweather retired from boxing in the aftermath of that bout.

But, ever since that loss McGregor has been pitching the idea of a rematch.

A few weeks ago, McGregor promised retired heavyweight Mike Tyson that he would defeat Mayweather in a second fight.

After learning of McGregor's most recent announcement, Mayweather went to social media to ridicule the MMA star.

"If I’m not mistaken, didn’t you tell Mike Tyson you could beat me if we fought a second time? Now you’re quitting! I thought you wanted to beat the best? Well, if you decide to come back, I will be waiting to punish you again," Mayweather stated.

[QUOTE=whatismyname;20603075]For one Floyd had all this time to make a rematch with McG, but he waits to bait him when he retires. Forget seeing anyone else in the boxing realm. The other one was offered Tony and Justin and he…

All roads lead to McGregor for Fraudweather. Fraudweather knows he can't make any $$$ without fixing Conor again. Ringobserver.com Just now · Mayweather is enraged that McGregor said he's going to retire. Mayweather wants (or needs) to fight again for…

So floyd will try to break menayothin 51-0 record? :lol1:

[QUOTE=Oregonian;20600523]————- How? These two are global superstars. Anything they say gets headlines so how are they attention whores?[/QUOTE] For one Floyd had all this time to make a rematch with McG, but he waits to bait him when he retires.…