Russia - Eight and a half years after, Maxim Vlasov avenged his first professional career loss with a sturdy, tactical win over a very familiar opponent in Malawi's Isaac Chilemba over twelve hard-fought rounds in Gelendzhik, Russia.

The fight, which ended in a solid unanimous decision win for the Russian, was the main event of the evening, promoted by the Patriot Boxing in one of the Russia's top resort towns at the Black Sea.

Vlasov (then 19-0 rising super middleweight prospect) first met Chilemba (a 15-1-1, fighting for the first time out of South Africa) on ESPN in February 2011, losing a narrow decision despite putting Chilemba down twice in the eighth round.

The careers of both were roller-coasters from that point on. Chilemba got more chances at the highest level... and more losses as well. Vlasov was very methodical in picking up wins but disappointed at the very top-tier losing to former/future champion Gilberto Ramirez Sanchez and Krzysztof Glowacki. 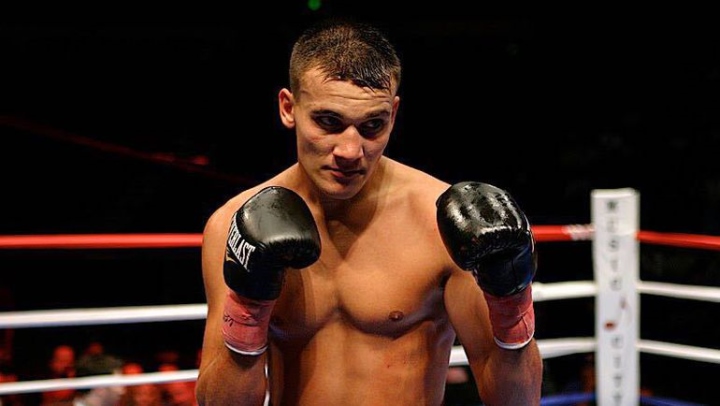 On this particular night, Vlasov, now 32, was in better shape than Chilemba, a younger 32, who hasn't fought since losing to Dmitry Bivol for the title almost a year ago. Vlasov, who was fighting for the second time at light heavyweight limit after three plus years as a cruiserweight, looked fresh. He moved well in the opening round, using his jab and overall workrate to outpunch the Malawian. Chilemba tried to counter Vlasov on his way in and used his trademark defence against the Russia but it didn't help much.

Isaac did better at the mid-part of the fight, using stinging blows to the body and frequent jab to keep Vlasov honest and also to slow him down a bit. The Russian was a bit better nevertheless and he landed more, although he couldn't land cleanly. Chilemba himself started to lose energy after the eighth. Vlasov himself took a pause in the tenth but increased tempo during the next stanza. Sesning trouble, Chilemba bought some time by spitting his mouthpiece a couple of times and losing a point from referee Yuri Koptsev for doing that. Vlasov closed the show in style but Chilemba was one who threw and landed the last punch of this fight.

Maxim is now 44-3, 26 KOs, and 2-0, 1 KO, in 2019. WBC #10 Chilemba drops down to less-than-stellar 25-7-2, 10 KOs, and he is just 1-5 in his last six fights since March 2015. This includes losses to future champions Olexander Gvozdyk and Eleider Alvarez in non-title fights and decision losses to Sergey Kovalev and Dmitry Bivol in championship fights. He is also 3-3 against the Russians with wins over Vlasov, Denis Grachev and Vasily Lepikhin.

Heavyweight prospect and formerly muay thai star Arslan Yallyev (5-0, 2 KOs) dominated fellow heavyweight Gaybullo Kuchkarov (1-2, 1 KOs) to a stoppage win at 1:51 of the third. There were no knockdowns but Kuchkarov was clearly dominated.

US-based Swedish middleweight Shady Gamhour (11-0, 8 KOs) was forced to work extra hard against less experienced but determined, orthodox straight-up Kazakhstani import Temirlan Raimkulov (2-1-2). Gamhour was lucky to get a technical decision nod over seven rounds in what was an even fight.

The bout itself was very slow-paced and tactical for the several opening rounds, with neither boxer taking a lead but Gamhour scoring at a higher percentage. He accelerated when Raimkulov opened a cut over his left eye. Gamhour was a bit faster and resilient after the fifth but Raimkulov never stopped coming. Finally, both boxers collided hard at the end of the seventh with an accidental headbutt opening a deep, colossal cut over the Kazakhstani's forehead leading to a stoppage in between the rounds.

Former Tijuana resident Omar Garcia (15-2, 12 KOs), originally from Cumana, Venezuela, now fighting mostly in Russia, had problems with stockier, more experienced Ayub Buzurkaev (2-3, 1 KO), despite an obvious gap in skills. Garcia was excited to land one big punch that has never come his way, thus limiting his abilities and giving Buzurkaev some chances, he couldn't realize, losing a unanimous decision over four. Still Garcia, 28, has much more to learn. He is also 2-2 in Russia with losses to Magomed Madiev and Maxim Vlasov.

The native of Gelendhzik Anatoly Belyakov (3-2-1, 1 KO) suffered his first career loss, losing to debuting super middleweight Alexey Arakelyan (1-0) on a close decision despite putting Arakelyan down in one of the rounds.

In a battle of two debutants, welterweight Yaroslav Bezsolov (1-0, 1 KO) from Arkhangelsk impressively knocked out fellow compatriot Feodor Zurelidi (0-1) with a crushing overhand left hook to the chin, which put Zurelidi down on his knees and out at 2:59 of the round.

All due respect the 175-pound division ought to be making a lot more noise. All that is scheduled is Kovalev v Yarde and Marcus Browne v Pascal. Browne v Pascal is a rubbish match up.

Solid win for Vlasov, let's see him against contenders at 175 now