Matchroom USA Card Will Be Staged on The Streets of Downtown Tulsa on Aug. 15

Matchroom Boxing’s return to the United States will have a very unique look.

The crowdless card will take place on the streets of Tulsa, Oklahoma, as the downtown district will be blocked off from 4th and 6th at the intersection of S. Boston Ave. 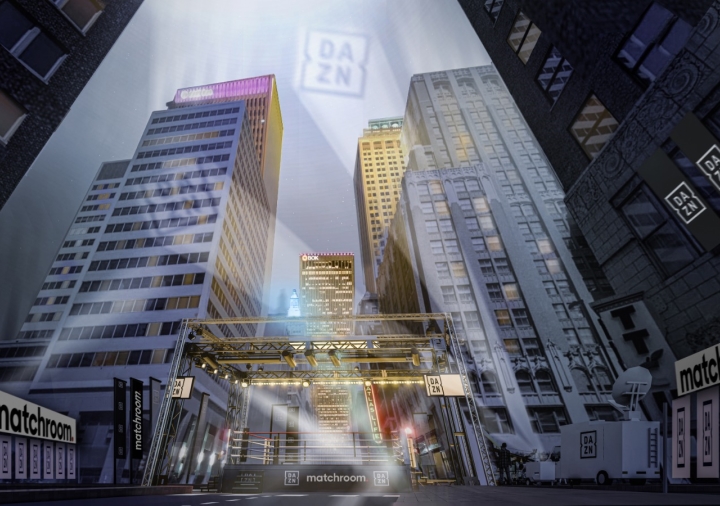 The ring will be placed in the middle of the street at 5th and S. Boston Ave. Social distancing and medical protocols will be in place.

Matchroom Boxing will be leaning on the help of local boxing figure Tony Holden to produce the event.

“For our return in the US we wanted to stage something as unique, ambitious and spectacular as we have with Fight Camp at Matchroom HQ in the UK, and I believe that’s exactly what we have in Oklahoma,” said Hearn.  “We had so many options and offers on the table for our return on August 15 from coast-to-coast, but I’m just not a believer in boxing in a studio setting – the fighters and the sport deserve more than that.

“Tulsa shared our vision of wanting to create something special and I am thrilled to be working with the Mayor’s office, Joe Miller at the Oklahoma State Athletic Commission and Tony and Bryce Holden on bringing a thrilling fight night to the city.”

The timing of Matchroom's venue announcement Wednesday coincidentally coincided with Oklahoma Governor Kevin Stitt announcing he tested positive for coronavirus minutes before Hearn and Co. made their location official.

Stitt has aggressively pushed to reopen Oklahoma and defied experts' health recommendations in recent months. He is the first governor to test positive for coronavirus.

"I want to use my story to remind Oklahomans that if you aren't feeling well, we want you to get tested," said Stitt.

Tulsa has seen a surge in Covid-19 cases in the wake of President Donald Trump's rally in June. They already have nearly 20,000 confirmed cases in the state.

On Saturday, the Oklahoma State Department of Health reported 687 new COVID-19 cases had been confirmed in the 24 hours before July 11. On July 7, Oklahoma confirmed 858 new cases.

Dibella did this to a good crowd in the Tulsa suburbs last year. I'd be at this but I moved to Phoenix last week. :boxing:

Considering how Corona has ****ed up the whole live crowd situation, you might as well do stuff like this. At least you can have some unique/interesting settings instead of just an empty arena.

I like the idea and I am all board in. Definitely is going to feel nice seeing boxing outside in the big city. :boxing:

The great thing about USA is that you can stage a fight were the boxers don´t have a fan base and still be OK. People just love sports.....

This has been done before. It's not a bad idea.