Julio César Martinez is pumped for his scheduled fight with Englishman Charlie Edwards, when he challenges him for the flyweight World Boxing Council belt on Saturday, August 31 in London England.

“Rey” ended his camp with ruggedly tough sparring sessions, astutely guided by his trainer Mauricio Aceves and his assistant Sergio “Yeyo” Yáñez, who will accompany them on the trip across the water.

“We were working at the Otomí Ceremonial Center for more than two months, where we did sparring sessions with Edwin Palomares, Carlos Cuadras, and Yahir Deval. So we trained well,” said a confident Martínez. 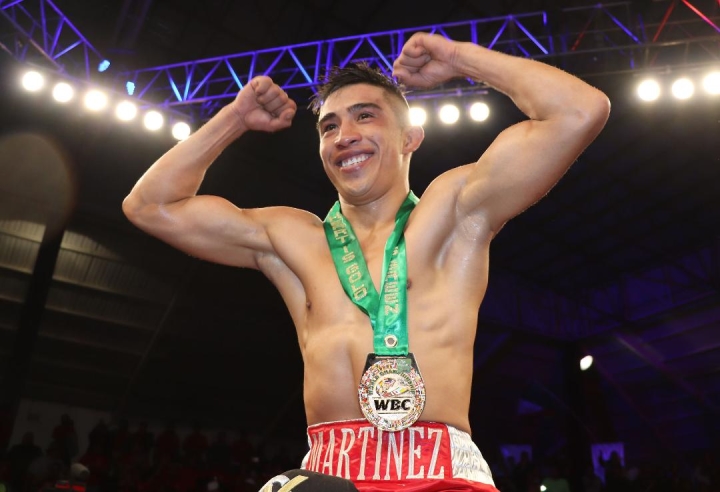 Mauricio Aceves intervened and declared that his pupil - “did many rounds of sparring, between 140 and 160 rounds. He will arrive with superb physical condition. At this moment he is in wonderful shape and without any weight problems to reach this fight at one hundred percent level.”

Martinez has a lot of respect for Edwards and expects a very tough fight.

“A strong and hungry boxer, and that`s why he is a champion. But we are hungry for victory. It will be a tough fight but we feel totally capable of winning and even getting a knockout,” he said.

“I think he will use his legs a lot, hit and box.  The strategy is defined and I am now ready. We have seen that he does not have a lot of power in his punch. He is tall, he is eight or ten centimeters taller than me, but that doesn`t  matter. During my career as an amateur and a professional I have faced much taller opponents and I have won. It`s not a tall order for me!”

Edwards is the class of the division but he’s missing that extra something to make him elite and I won’t say it’s his lack of power necessarily! Martinez is a rough customer and will come to pour on the punches…