There’s a popular school of thought in boxing that if you aren’t in VADA testing or employ any form of year-round, random drug testing policy then you’re either looking for an edge or guilty of cheating.

That alone should be enough to tempt fighters to sign up to Las Vegas-based VADA, but because of the lax nature of criminally meek punishments and the absence of menacing penalties there is an element of the sport that just doesn’t care.

If the authorities in the seats of power in the governing and sanctioning bodies don’t seem to be too put out by a drip here, a needle there and some topped up hormones everywhere then why should the fighters?

If it’s not seen as something too bad by the shot-callers then why would anyone else take it too seriously?

And herein lies a couple of problems.

The leniency in the penalties and the unwillingness from the television executives, promoters and other powers-that-be to take a hard line with cheats has created a Carte Blanche scenario where the penalties are so laughable that some fighters figure they may as well cheat given they probably wouldn’t be boxing again for six months anyway.

In other sports records are taken away from those who have cheated, results are wiped or overturned and images are tarnished for good. In boxing, well, there’s hardly as much as an asterisks next to an offender’s name.

It’s as you were, ply your violent trade, make your money and if you need help then get it by any means necessary. Then, by all means get into Canastota.

Unfortunately, that Hall of Fame bar is not a morally high one, with convicted rapists and killers who have plaques on those hallowed walls.

But presently this is a sport where those who have injected PEDs have received joke bans while some fighters who have failed tests without the same degree of malice, or without any intention of cheating, have been reprimanded far more severely. 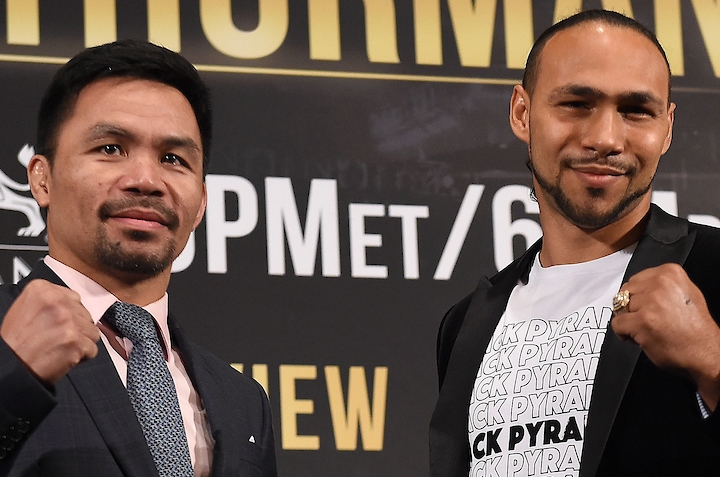 You don’t need me to trot a list of high-profile names who have been caught and then seamlessly slipped through a net with more leaks than a dinghy in a needle factory.

Yet the problem is not just the duration of these farcical suspensions, it is implementation of bans. A fighter might be blocked from boxing in New York but an ambitious promoter in Idaho could see the opportunity of getting a ‘name’ and a ‘draw’ on their bill and they could slip them into a small arena, and perhaps even sell the fight based on controversy. The same thing doesn’t just apply from state to state but country to country, of course. Too many people will be interested and have their heads turned by the lure of having a big name on their bills, or fighting under their banner, promoting or allowing a show to go on with no shame and no regard – importantly – for the opponent or the greater good of the sport. The same thing applies to medicals. A fighter banned in one place gets a licence somewhere more obscure where they can circumnavigate the same tests, exams and line of questioning. All too often these sideshows are palmed off as the chance to see a ‘name’ regardless of what’s left of the fighter. No one ever comes out of these with any credit.
The same way few people come out with any credit if they sign up for USADA testing.

As the influential author Thomas Hauser wrote in 2018, their tests were simply not catching anyone and you’d have to be plain naïve to think that in this – the red-light district of sports – of the 1,501 tests carried out at that time only one positive had been revealed or depicted the extent of drug use in the sport.

Hauser told how sources informed him that USADA were dealing with ‘these matters internally without reporting the positive test result to the opposing fighter’s camp or state athletic commission that had oversight responsibility with regard to a given fight.’

Which brings me on to boxing’s showpiece fight of the summer, the welterweight clash between Keith Thurman and Manny Pacquiao on July 20.

Both opted to steer clear of VADA testing, which is statistically and stringently the most comprehensive form of testing available.

The testing has come down to the Nevada State Athletic Commission, and you’d like to think it will all be transparent and above board but it just makes you wonder why wouldn’t you want the gold standard? Why wouldn’t you want people to not question or doubt you? Why wouldn’t you want to be a role model and not have anyone wondering why you wouldn’t do it? Perhaps it is more expensive, but maybe you get what you pay for. The wholesome image that comes with VADA testing is priceless.

And let’s not go on about safety, because the minute a cheat kills someone after several weeks of sticking a needle in their ass to ‘get an edge’, well, frankly I don’t think it will make a jot of difference. Some will say that moment will be the watershed, but I disagree. Boxing will roll on regardless, morals in the gutter, with fighters left bloodied, beaten and helpless with their nearest and dearest to pick up the pieces.

Pacquiao always pledges to help his people in the Philippines but fighters should be his people, too. The sport has given him everything. The spectre of suspicion always looms large over Manny, rightly or wrongly, and he should be going out of his way to minimise it. Yet he doesn't. Pacquiao has given us some remarkable, memorable nights over the years but sporting figureheads like he and Thurman should be doing everything in their power to show the sport in the best light possible, and that means ignoring the wishes of those who clearly did not want VADA's involvement, as you'd like to think that decision was not made by the fighters themselves.

Apparently the promoters themselves are also ensuring that the fight will be clean as they instituted some random blood tests. Keith Thurman confirmed this in an interview during the pre fight presser. I don't know if this is any different…

[QUOTE=Clubber Pac;19888508]Gotta love the Lance Armstrong argument. Manny could pass 500 tests, the fact is, he didn't demand VADA testing, as a leader, and an ambassador to the sport, he failed.[/QUOTE] I got a question for you. Who is the…

[QUOTE=john l;19887398]Yup and now their trying to confuse people by saying "the clean boxing program" run by the WBC and does VERY little testing due to money they have put into it and VADA 365 testing where you can be…

Pac put in work to get the love he getting from boxing. He was snaked more than gifted from the people in the business of the sport. Why is he now supposed to be the face and movement for how…