Ilunga Makabu beat a hard-hitting Russian in Russia for the second time in barely two months, this time by decision.

The South Africa-based cruiserweight contender knocked down Aleksei Papin late in the 12th round and won a majority decision in Chelyabinsk, Russia. Two of the three judges scored their 12-rounder for Makabu on the Sergey Kovalev-Anthony Yarde undercard at Traktor Sports Palace. 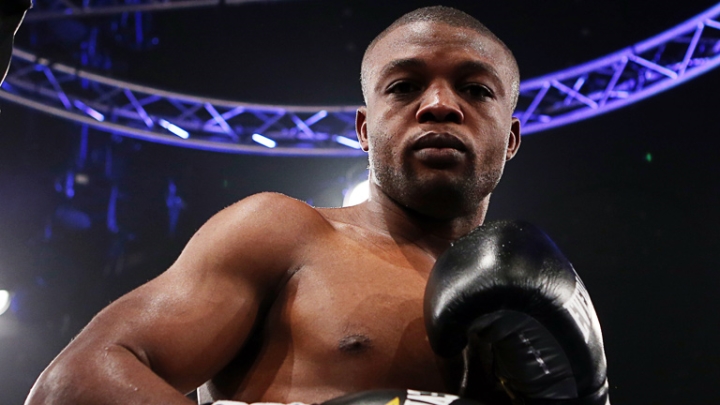 South Africa’s Makabu, 31, dealt Papin his first professional defeat (11-1, 10 KOs) and produced his second straight win over a heavy-handed Russian contender. In his previous bout, Makabu (26-2, 24 KOs) knocked out Dmitry Kudryashov (23-3, 23 KOs) in the fifth round June 16 in Ekaterinburg, Russia.

Papin attempted to hold Makabu early in the 12th round, when Makabu attempted to build on the momentum he had after hurting Papin late in the 11th round. A left-right combination nailed Papin with just over a minute to go in the fight.

Makabu scored a knockdown with 43 seconds to go in the bout, after a straight left hand briefly sent Papin to his gloves and knees. Papin recovered and buzzed Makabu with a right hand when there were about 15 seconds left in the fight.

Makabu’s right hook made Papin retreat with just under a minute to go in the 11th round. Makabu then followed up two left uppercuts with a straight left hand that knocked Papin stumbling backward, into a neutral corner, with approximately 10 seconds remaining in the 11th round.

A straight left hand by Makabu knocked Papin off balance with about 15 seconds to go in the 10th round.

Makabu unloaded a combination of power punches on Papin as soon as the ninth round started. By the end of the ninth round, both boxers seemed exhausted.

Before Saturday night, Papin had boxed beyond the sixth round only once and never into the ninth round. Four of Makabu’s bouts before Saturday went past the eighth round.

Papin clipped Makabu with a left hook and a right hand just after the midway mark of the eighth round. Makabu’s right uppercut caught Papin later in the eighth.

A right uppercut by Makabu backed Papin into the ropes with about 1:45 to go in the seventh round.

Pabon warned Papin and Makabu just after the halfway point of the sixth round for dirty tactics. Makabu landed a straight left hand as Papin attempted to move away from him in a corner late in the sixth.

Pabon warned Makabu for a low blow, which caused a brief break in the action with 1:44 to go in the fourth round. Pabon had warned Papin earlier in the fourth for pushing down Makabu while he was bending over.

A left uppercut by Papin backed up Makabu about 25 seconds into the third round. A straight, short right hand stopped Makabu in his tracks with just under 30 seconds to go in the third round.

Makabu landed a couple left hands late in the second round that got Papin’s attention. Papin landed a right hand that knocked Makabu off balance just before the first round ended.

Boxing is just corrupt like that which is sad.

[QUOTE=slimPickings;20011382]Respect to the judges for not concocting a "win" for the home fighter. I wonder what would have been the case if the fight had taken place in the US or Britain with Papin as the home fighter in each…

Helluva fight. Very entertaining. I didn't score it but felt Makabu deserved it and won it with the KD. Papin gave a very good account of himself. Probably the most entertaining fight of the evening for me.