Last week top heavyweight contender Luis Ortiz responded to comments that were made by his rival Dillian Whyte to Sky.

“I offered to fight Ortiz years ago, but he didn’t want to know. He didn’t even want to know this summer and asked for silly money coming off his knockout loss to Wilder, and made it clear that he wouldn’t be ready for July 28, which was the date we had available,” said Whyte.

“Funnily enough it didn’t stop him fighting someone else on that day.” 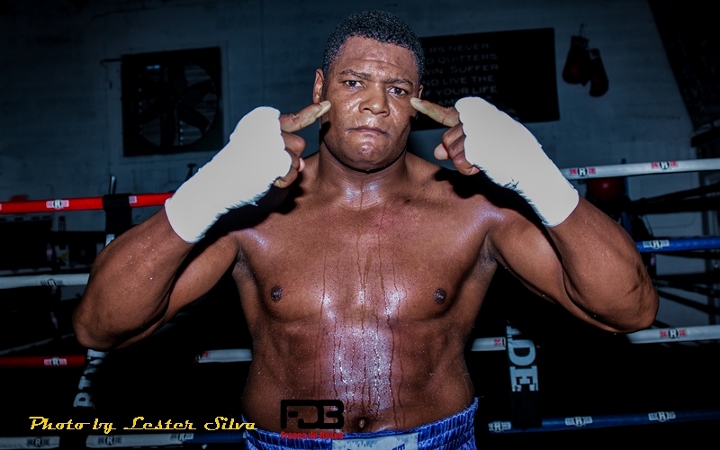 Ortiz responded by telling BoxingScene.com that Whyte should man up and face him on the Deontay Wilder-Tyson Fury undercard on December 1st.

“Listen here young man. There is a spot open on this Wilder-Fury card, so why don’t you strap your nuts on and come face me, so I can show you a good ass whooping son,” said Ortiz.

After seeing the story on social media, Whyte tweeted at BoxingScene.com, saying “We can go Dec(ember) 22.”

December 22nd in the United Kingdom is the date locked in for Whyte’s ring return and a rematch against Dereck Chisora is currently beginning negotiated but a fight against Ortiz would be a match up that many fans would like to see.

“After much thought and consideration I accept your challenge. If you won’t come down to USA then I’ll step off the Wilder-Fury card and fly over to the UK and fight you in your own backyard,” Ortiz told BoxingScene.com in an interview translated from Spanish.

“Done deal. Enough talking that rubbish you speak. Send over the contract and I’m there.  Now you’ve got yourself a real problem son.   So now what are you gonna do?”

Ortiz’s manager Jay Jimenez prefers that his fighter fights in the United States but ultimately gave his client the go ahead and will back him since he is so adamant about facing Whyte next.

“I don’t want the fight. I told Luis no because we already offered him the fight here for the December 1st card and Whyte refused and when the WBC gave him a mandatory against us he also refused so why go on his terms and fly to the UK? That makes no sense.  There is only so much I could do. As a manager my job is to give the best advice and be there for my team but he’s a grown man and the truth is the fighter is the boss so at the end they always have the last word. So I guess we will be in UK soon,” explained Jimenez.

And if a fight against Whyte doesn’t pan out Jimenez said, “if not Whyte I would like Luis to face Kubrat Pulev or Alexander Povetkin next.”

[QUOTE=Hot Shyt;19196206]Is Haymon a promoter or a manager? I always hear the latter. And I'm specifically referring to guys like Spence.[/QUOTE] Haymon is a manager. If you watch PBC you'll see that those fights are actually promoted by Dibella, Mayweather,…

You guys presume and assume far too much. Not everybody has the same deal/contract terms with a promoter. Who owns who after the contract is signed is usually down to the paper it was written on but in some cases…

[QUOTE=KnickTillDeaTh;19180167]That's actually factually incorrect. Once a fighter signs with a promoter, the promoter can go after any fight that he wants, by that same token, the promoter does not have to make a fight because the boxer wants it. Promoters…

Would Wilder fan base finally respects Whyte IF he beats Ortiz? Would Whyte suddenly become a good boxer in the HW? Just musing

Would Wilder fan base finally respects Whyte IF he beats Ortiz? Would Whyte suddenly become a good boxer in the HW? Just musing