Luis Collazo is Ready: I'd Love To Fight Manny Pacquiao!

The guy is one of those types that makes the adage “age is just a number” applicable, and not the hopeful but oft erroneous declaration made by people with creakier joints than they’d  like, fueled by more hope than faith.

Former world champion Luis Collazo (38-7) is fighting as well as he did as a 27 year old, he showed us last Saturday night on Long Island, and televised on FOX.

He schooled Bryant Perrella, no matter what one judge who had a (really, really) off night said. 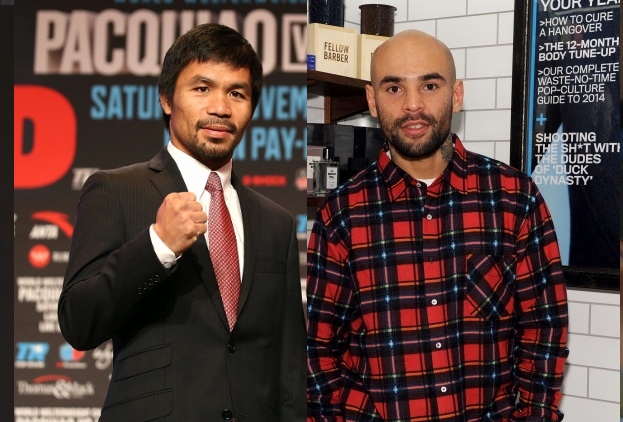 Collazo, a NY-based boxer advised by Keith Connolly and Al Haymon, scored a majority decision win and sets himself up for a more meaningful bout, next up.

The veteran hitter deserves to be asked who he might like to challenge, and who can determine if his late career upsurge, as seen against Perrella and before that Sammy Vasquez, was more coincidence and matchmaking than anything else.

“Man, to be honest I would love Manny Pacquiao, we are the only two left from that era,” Collazo told me. “I think it would be a hell of a fight. I will go to his hometown and fight him if I need to!”

Now, being that he is 37 and has weathered storms and speed bumps and is still soldiering means Collazo has a good handle on not dwelling too hard and long in negatives.

But that “draw” call in the last fight, that stuck in his craw days later.

“How did one of the judges have it a draw, that was crazy? He might have been asleep during the match,” he said, chuckling.

“It's horrible for the sport, they need to start screening their skill set before putting them on the scoring board,” Collazo concluded.

If an inter-league face-off with Pac-Man doesn’t get fashioned, Collazo knows it’s stacked and packed at 147 with other boxers under the Haymon umbrella. Errol Spence, Danny Garcia, Shawn Porter, Adrien Broner would likely be discussed next for the New Yorker; he is a busy boxer who is involved in fan friendly rumbles.

"Collazo after 18 month layoff looked younger and fresher than anyone expected,” advisor Connolly told me.

“He proved he's still a guy that can pose a threat to anyone in the division. I have spoken to Louie after the fight and he says he's ready for a big fight. That's what he wants next. Al and I will talk gameplan shortly as far as what his next move is.”

Manny must have borrowed Oscar's high heels on for the picture. Collazo is 3 inches taller.

[QUOTE=Rikanlynx86;19008879]It's true Collazo can be a threat to anyone if he is firing on all cylinders.[/QUOTE] Collazo's a bit of an enigma. Has all the talent in the world and good power but it's hard to say what he's slightly…

Since him and Ugas keep upsetting these young fighters might as well put them in with each other for a shot a Spence Jr :dunno:

I like Callazo, but Manny NEEDS BIG MONEY FIGHTS, and this is not one of them at this time. He needs Khan or Broner, both are winnable BIG MONEY fights, which he needs at this point of his career.:boxing: