Lucas “Big Daddy” Browne got back in the winners circle with a destructive third round knockout of Julius Long on the Gold Coast, Qld Australia. Long came to fight and managed to use his enormous frame to his advantage in a give and take affair.

Long was advancing on Browne in the third when he walked into a thunderous right hand that detonated on his chin and rendered him unconscious.

“Credit to Julius, he really came to fight. He’s such a big awkward guy and he uses his advantages really well,” said Browne. “I knew once I caught him the fight was over and it’s always nice to get the stoppage”.

“I’d love to fight Adam Kownacki over in the States in front of his supporters. It would be a fan-friendly fight, so you can count me in for that,” Browne continued.

“There’s been some talk about David Allen in the UK too. I’ve always loved fighting over there and would love to come back over and make amends for my fight against Dillian Whyte. And here in Australia there’s talk about Alex Leapai, which would be a great fight for Aussie boxing.” 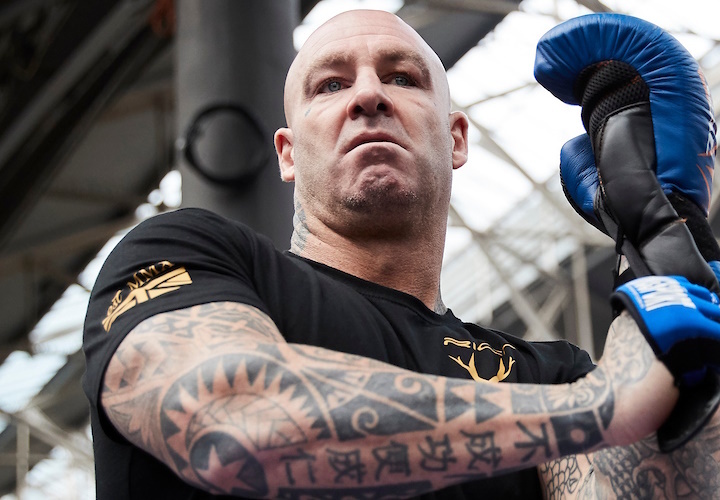 IN OTHER NEWS:  Steven Ward accepts he “might not be the life and soul of the party” but is planning to serve up some serious entertainment when he steps in against Mexican champion Rolando Paredes in Belfast on October 5.

The unbeaten Celtic light-heavyweight king (8-0-KO3) moves up to 10 rounds in front of his home crowd at the Titanic Exhibition Centre – live on BoxNation – and is sure Paredes’ aggressive style will contribute towards an exciting fight.

Ward said: “This is a step up. He’s stopped 11 out of his 15 wins and you don’t get many easy Mexicans. I expect him to bring the best out of me.

“We prepared for a come-forward fighter last time out and although we didn’t get that when we stepped in the ring, it’s a case of more of the same in preparation. I’m excited to get back in there.

“Boxing in Belfast is just massive at the moment. I fell on my feet with the timing of turning professional and I’m lucky to be a part of it. I’m grateful to MTK Global for having me active all the time.”

The towering Ward has been peppered by gym-mates Carl Frampton and Conrad Cummings with the nickname ‘Boring’ of late – but raised eyebrows during a recent BBC documentary on Frampton with a cutting jibe at Frampton’s height.

Addressing his character, Ward said: “I might not be the life and soul of the party but I’ve got the odd one-liner every now and then. What makes it funny is nobody expects it.

“The boys take the ‘mickey’ out of me saying I’m boring but I’m just happy in my own skin. I’m happy enough to sit in the background and be the ‘grey man’ as they say.

“I don’t have to be the front-facing face of everything but every so often, someone puts a pound in me and I chirp up with a cracker.”

Long sounds quite badly punch drunk already. Dude needs to hang them up.

Didnt know he was even on

there is no way browne vs kownacki goes the distance