Lubin's Trainer: Ishe Smith is The Perfect Fight at This Moment

Erickson Lubin (19-1) returns to the ring on February 9th for the second time since losing to then WBC super welterweight champion Jermell Charlo. BoxingScene.com first reported that he will face former champion Ishe Smith (29-10) on the Gervonta Davis-Abner Mares undercard at the StubHub Center in Carson, Calif. Showtime will televise both bouts.

Lubin's trainer Kevin Cunningham believes this fight is coming at the perfect time. It will serve as a litmus test to see if he is fully back from the loss to Charlo. 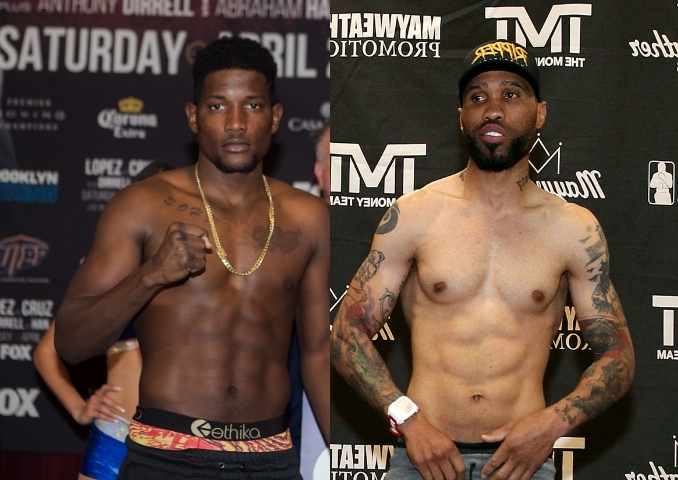 "I think it is a good fight. Ishe is a seasoned vet, a former world champion. Lubin has to be on point and can’t be f***ing around with a guy like Ishe. He knows his way around the ring and has shown that he has a lot left," Cunningham told BoxingScene.com.

The winner of this fight will be in a good position to get a big fight with one of the Premier Boxing Champions other top super welterweights.  Their loaded roster includes the previously mentioned Harrison, Charlo and Williams along with WBA/IBF champion Jarrett Hurd, former champion Erislandy Lara and others.

This will be Lubin's first fight since last April when he stopped Silverio Ortiz in 4 rounds. Even though he will have been out of the ring 10 months when he faces Smith, Cunningham has been impressed with what he has seen in camp. He believes that Lubin is close to being ready to step up again against the division's top fighters.

"It is the type of test Lubin needs at this point in his career. As for as Ishe, he needs a win over one of these guys so it makes sense on both ends. He has given these young guys tough fights so this will be good for Lubin," said Cunningham.

Lubin was never ready to fight a Charlo at that stage in his career. His team did a poor job of moving him forward as I said in my previous post before they even fought. Lubin is a solid fighter…

Lubin is one of my favorites. I expect him to look good against Ishe and put in some work. He needs the rounds.

Hope this dude can comeback and prove a lot of people wrong. Maybe it was too soon for him to fight Charlo or maybe he's just not that Good. Guess we'll find out.

[QUOTE=KTFOKING;19389739]That's fine, it would be a good learning experience for him to go some hard rounds against a trick veteran who will be doing everything in his power to survive. This will be better for him opposed to just fighting…