Lubin: Gausha Was Badly Hurt; Could've Stopped Him If I Had 1 More Minute

Lubin blasted Gausha with a right hook that turned Gausha’s head around with 43 seconds remaining in the 12-round main event of Showtime’s tripleheader. Sensing Gausha was hurt badly, Lubin tried to finish him.

Gausha held Lubin and made it to the final bell of a WBC super welterweight elimination bout Lubin won by unanimous decision at Mohegan Sun Arena in Uncasville, Connecticut. 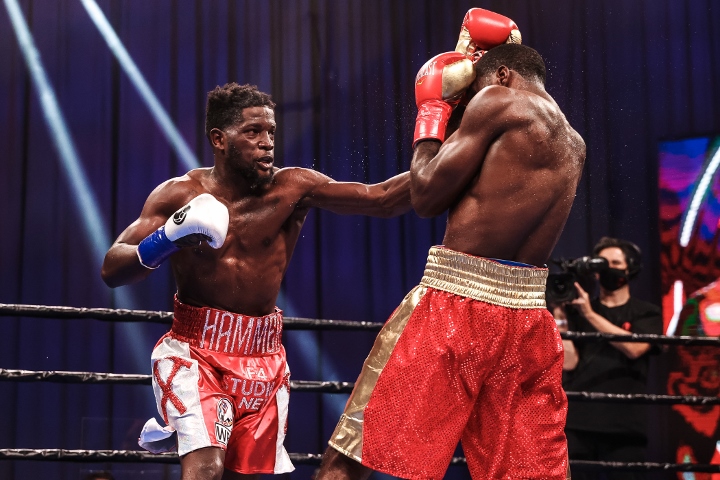 Lubin also acknowledged that Gausha hurt him briefly with a straight right hand that made him lose his footing with 57 seconds to go in the 10th round. The southpaw from Orlando, Florida, held Gausha, but he took a couple additional right hands and finished the 10th round on steady legs.

“I was able to recuperate fast,” Lubin said. “It was a nice shot. It was a blind shot. You know, props to him for being able to throw that shot and land that shot. But, you know, I was able to recuperate and as soon as I got hit and I buckled, I was already back in the fight. I was already back in the fight. It was nothing that I had to really like, you know, back up or continue holding him. You know, I made sure my footing was good. I made sure everything was OK, and then I got right back to, you know, right back to work and I ended up hurtin’ him.”

“I knew my hand speed was faster than his,” Lubin said. “I knew I was just like a couple steps ahead of him, like with everything, every department. And I knew my hand speed, my footwork was faster than him. So, I listened to my corner. They told me, you know, ‘Keep letting off shots and keep turning him. He’s gonna run into something.' And then, you know, he backed up to the ropes because, you know, he seemed vulnerable at that time. So, I threw a big right hook and I landed it. And then I wanted to get him out of there, you know, to make a statement in the last round. But he was able to, you know, just to survive, pretty much.”

Lubin became the WBC’s mandatory challenger for the winner of the Jermell Charlo-Jeison Rosario title unification fight this Saturday night at Mohegan Sun Arena (Showtime Pay-Per-View; $74.95). If Houston’s Charlo (33-1, 17 KOs) defeats the Dominican Republic’s Rosario (20-1-1, 14 KOs) in their 12-round fight for Charlo’s WBC and Rosario’s IBF and WBA 154-pound crowns, Lubin would be owed an opportunity to avenge his one-punch, first-round knockout defeat to Charlo in October 2017 at Barclays Center in Brooklyn.

Bash Lubin or my homeboy Tony but if they could take anything like what they put out they would be champ for years. One thing in boxing you can’t fix is a weak ass chin!

All this fight shows he has not recovered and cannot take a big punch, he needs to forgot about the a title at this time

So were you Lubin. He hurt you pretty badly too. I'm anxious about your chin though with guys like Charlo and Rosario who pack heat. The Charlo one punch KO doesn't seem like a one off now, but a harbinger.