Lubin: Bouncing Back From KO Loss To Charlo Tells You A Lot About Me

Erickson Lubin’s career could’ve unraveled once Jermell Charlo knocked him out with one punch in the first round of their 154-pound title fight nearly three years ago.

Lubin instead responded by winning five consecutive fights. The resilient southpaw’s points win against Terrell Gausha on Saturday night again established him as the WBC’s mandatory challenger for its super welterweight title. 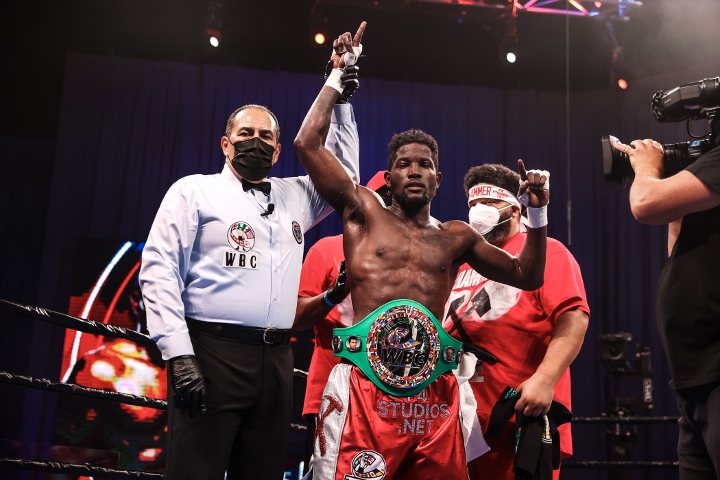 By beating Gausha in a 12-round main event Showtime televised, the 24-year-old Lubin guaranteed himself a second shot at the title he failed to win when he challenged Charlo in October 2017 at Barclays Center in Brooklyn. Lubin (23-1, 16 KOs) is in position to face the winner of the title unification fight this Saturday night between Houston’s Charlo (33-1, 17 KOs) and the Dominican Republic’s Jeison Rosario (20-1-1, 14 KOs) at Mohegan Sun Arena in Uncasville, Connecticut, the same venue where Lubin beat Cleveland’s Gausha (21-2-1, 10 KOs).

“That just goes to show my character,” Lubin said during a press conference after defeating Gausha. “You know, I faced adversity and I bounced back. I’ve been through worse in my life. So, you know, for me to bounce back the way I did, it just tells you a lot about me. I’m a warrior. I’m a fighter. I’ve been fighting my whole life.

Lubin told BoxingScene.com before his victory over Gausha that he expects Charlo to beat the rugged Rosario, who upset heavily favored Julian Williams (27-2-1, 16 KOs, 1 NC) by fifth-round technical knockout January 18 in Philadelphia to win the IBF, IBO and WBA titles. Though Lubin obviously wants a chance to avenge his devastating defeat to Charlo, he would gladly oppose Rosario if Rosario knocks off another favored champion in the main event of a Showtime Pay-Per-View card ($74.95).

[QUOTE=steeve steel;20770665]Not sure that performance convinced the boxing world he was ready for another shot at the big boys of the division, but hey, what else is he going to do or say.[/QUOTE] Charlo (again), Rosario, Hurd, Lara, Castano, Texeira…

he might be next... but hes not ready. he was punching at gloves and forearms all night, yet wasnt doing the same defensive moves. big mistake. that defense wont even last. might not be a first round KO again, but…

Not sure that performance convinced the boxing world he was ready for another shot at the big boys of the division, but hey, what else is he going to do or say.

Let's not go sucking our own dick. I like Lubin, but it's not like he's been anything besides a big favorite since that Charlo fight.

[QUOTE=slimPickings;20770595]Nice kid. Impressive performance. He looks more like a WW than a 154 pounder. He gets knocked out by just about any of the belt holders including Jarrett Hurd[/QUOTE]Completely agree he doesn't have the durability to hang with the bigger…