Lomachenko, Win or Lose, Has 10 Days To Decide on WBO Belt

This Saturday night, Vasyl Lomachenko will enter the ring of New York's Madison Square Garden as the super featherweight champion of the World Boxing Organization.

And the sanctioning body will give him, regardless of the result against the lightweight champion of the World Boxing Association, Jorge Linares, only 10 days to decide whether or not he plans to return to 130 pounds or stay at 135.

Francisco Valcarcel, president of the WBO, says Lomachenko can decide to stay at 130 pounds to continue as champion, or otherwise they will look for the two highest available contenders to fight for the vacant title. 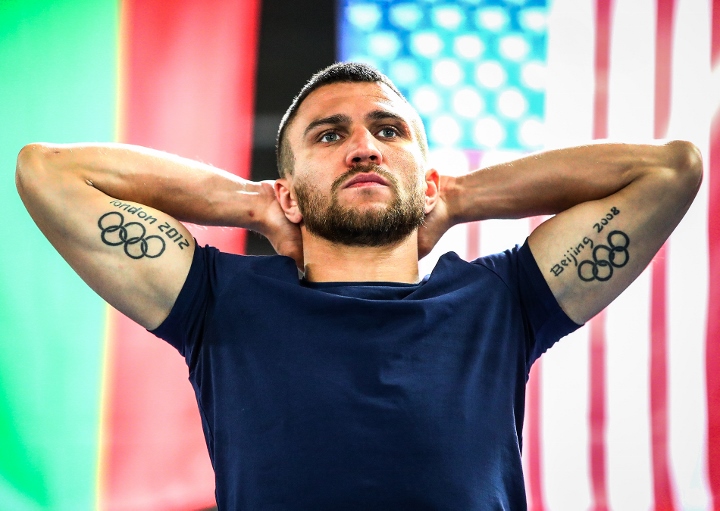 "Here is what corresponds to Vasyl Lomachenko, who will step into the ring this Saturday as world champion. We know that he will fight for a title in another division, but regardless of the result, he will have 10 days to decide what is going to happen with his title. And once we are informed, we will give the official word about the super featherweight championship," said Valcarcel to ESPN Deportes.

"If he decides to vacate the championship because he's going to be at 135 pounds, then we're going to ask Christopher 'Smurf' Diaz and Masayuki Ito to go for the vacant 130-pound championship, but we'll only know that when Lomachenko tells us his decision and if the two fighters are available."

Lomachenko is promoted by Top Rank, who also handles Diaz, which is why it is believed that the Puerto Rican would have a great chance of fighting for the 130-pound belt in the second half of this year.

Lomachenko had already captured a world title at featherweight, before he made the move to 130-pounds. Should he defeat Linares, it would make the two-time Olympic gold medal winner a three division world champion in only eleven professional fights.

[QUOTE=chrisJS;18752850]That's what I see. Mikey has avoided speed and movement for a long time. He'd lose a wide decision to Loma and if he'd have fought Crawford he'd be shut out or taken out late after winning no rounds. He's…

[QUOTE=bigdunny1;18752773]That's a great point I haven't seen mentioned yet that Floyd wasn't at the Tank last fight. he was at all the previous fights including the one overseas. yet Tank fighting to regain a title a bogus WBA bytch move…

[QUOTE=Noelanthony;18752391]Lol... no I hear you. However as of right now I feel he beats Mikey Mikey is too slow . Very strong and fundamentally sound buthas stamina issues that have not been exploited because Broner punches 10 punches a round…

[QUOTE=Bronx2245;18752557]On another note: May 8, 2018: Gervonta Davis may have just secured his second world title recently, but he’s apparently not feeling the love of his promoter, Floyd Mayweather. Yesterday the junior lightweight titleholder took to twitter to unleash a…

On another note: May 8, 2018: Gervonta Davis may have just secured his second world title recently, but he’s apparently not feeling the love of his promoter, Floyd Mayweather. Yesterday the junior lightweight titleholder took to twitter to unleash a…