MGM Grand, Las Vegas, NV -Vasiliy Lomachenko moved one step closer to undisputed status when he defeated Luke Campbell by unanimous decision on August 31st in the United Kingdom.  Lomachenko entered the ring with the WBA and WBO lightweight titles and added the vacant WBC belt to his collection with the victory.

The three-division champion has long stated that his goal is to become the undisputed lightweight champion of the world. The only belt that he lacks is the IBF title which is held by Richard Commey who will defend it against Teofimo Lopez December 14th at Madison Square Garden in New York.

Shortly after the win over Campbell, Lomachenko's promoter Bob Arum said that it was possible for Lomachenko to take an interim fight before facing the Commey-Lopez winner. Realistically, the earliest that Lomachenko could fight the winner for the IBF title would be in March. 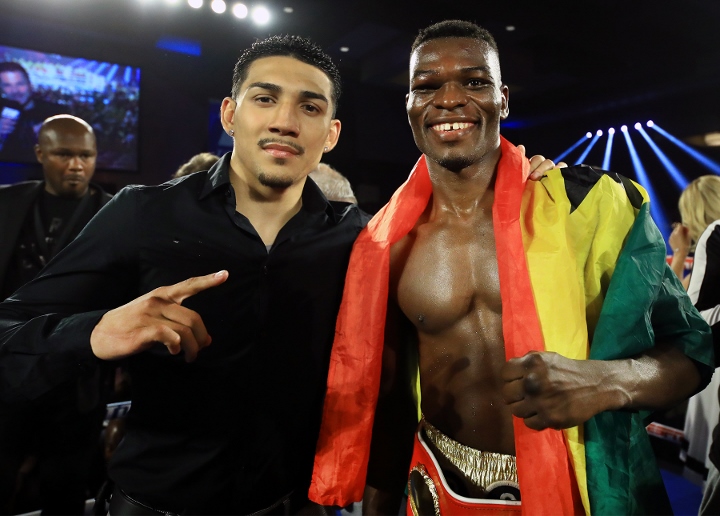 "Funny enough I talked to (Lomachenko's manager) Egis (Klimas) this week and Egis says that Loma's desire is to wait unless there is a big offer from overseas to fight this year in which case we will take a fight this year. Otherwise he is going to wait for the winner of that fight," Arum told BoxingScene.com.

[QUOTE=Goodtry;20054221]He has not lost anything. It just size difference at 135 make him struggle more. I wish he return to 130 after finish business at lightweight.[/QUOTE] I dont think he struggles at all at 135. He just was so damn…

[QUOTE=Socialtwinkie;20054170]Hes probably done soon. Hes already most likely at the end of his career. If you've followed him you can definitely tell hes lost some of that fire. Being injured gave him a lot of time to do other things…

Lomachenko licking his chops after that last fight Lopez looked mediocre in vs a lesser opp. Now he knows who he is and now he’s worthy of a fight. Lol. I don’t think Lopez is very good but he’s still…