Lomachenko Has No Issue With Facing Davis, Haney or Lopez

Although he hopes to face the winner of the upcoming fight between Richard Commey and Teofimo López, which takes place in December, the WBC, WBO, WBA unified lightweight champion Vasiliy Lomachenko would consider fights with Gervonta Davis and Devin Haney in 2020.

Visiting Cancun to participate in the 57th Convention of the World Boxing Council, Lomachenko also said that a possible battle with Japanese sensation Naoya Inoue is viable, as long as he is willing to rise from 118 to 130 or 135 pounds - where Lomachenko is fighting.

"I think a fight that would be interesting and a good challenge would be Gervonta Davis, also Devin Haney would be a good fight," Lomachenko told ESPN Deportes. "But let's see, we must also wait for the fight of Commey and Teofimo in December." 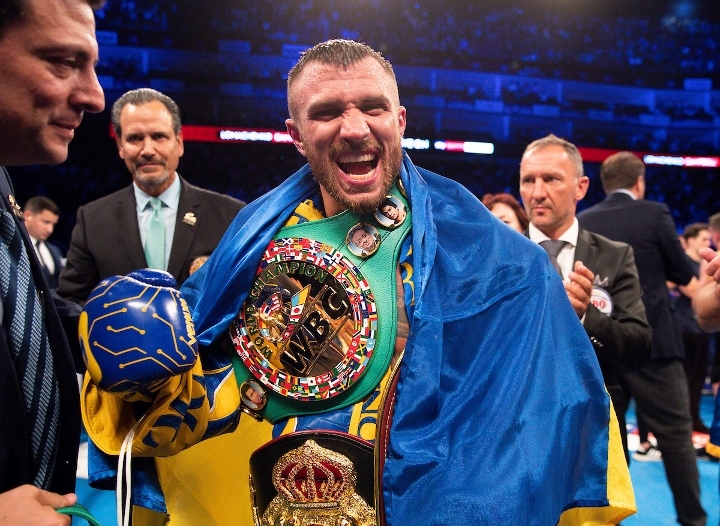 Both Gervonta and Haney have mentioned the idea of facing Lomachenko in the near future.

Gervonta, who is promoted by Floyd Mayweather, has just left the super featherweight division to get closer to the division in which Vasiliy competes, while Haney has just captured the WBC interim title - which puts him in position for Lomachenko.

Haney is poised to return next month as part of the Logan Paul vs. KSI rematch card, while Davis is possibly back on December 28th against Yuriorkis Gamboa.

Vasiliy and his father, Anatoly, received awards from the World Boxing Council at the opening ceremony of the convention on Monday night.

Commey and Lopez will battle for the IBF title in their upcoming bout. Lomachenko would like to face the winner, as it would present him with the scenario of unifying the entire division.

"What I have achieved in professional boxing has exceeded my expectations, I did not reach professional boxing thinking about being the best pound for pound in the world," said Lomachenko. "There is talk of Teofimo, but first he has to beat Commey."

I want to see Loma take Haneys belt first than get his hands on thicc lesbo Davis.

[QUOTE=BoZz;20183425]Is this fraud bumachenko still around? Man can't remember when he fought someone with a pulse lol[/QUOTE] Go screw yourself little faqqot

Is this fraud bumachenko still around? Man can't remember when he fought someone with a pulse lol

[QUOTE=j.razor;20152079]Then why did they go through all that trouble to make l0m0 franchise?? Oh, to duck Devin, THAT'S why.[/QUOTE] You think franchise materialized in the past two months? There were discussions of it a year earlier leading up way before…

[QUOTE=.!WAR CANELO!.;20140738]Why yall gotta lie for? lmfao sad really, Linares even said on video before his fight with lomachenko that HE (LINARES) turned down mikey and wanted to fight lomachenko because lomachenko is the easier fight. Lomachenko never once got…