Lomachenko-Linares Had Peak Viewership of 1,749,000 on ESPN

Vasiliy Lomachenko-Jorge Linares was the most-watched boxing match on cable television in 2018.

According to Nielsen Media Research statistics released Wednesday, Lomachenko’s 10th-round technical knockout of Linares drew a peak audience of 1,749,000 on Saturday night for ESPN. The average audience during that main event from Madison Square Garden was 1,439,000.

When the broadcast began at 8 p.m. ET/5 p.m. PT, 529,000 viewers were watching. Thus the audience more than tripled from the time it began until it reached its peak during the 10th round of Lomachenko-Linares. 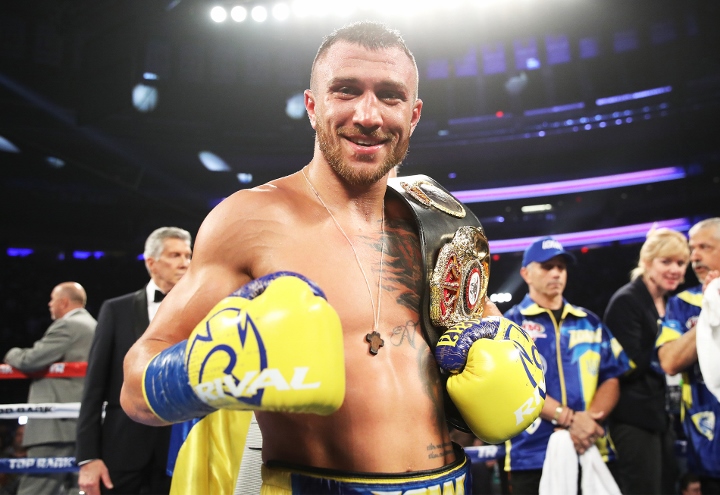 Prior to Saturday night, the Gennady Golovkin-Vanes Martirosyan middleweight title fight drew the highest ratings of any boxing match on cable in 2018. Golovkin’s second-round knockout of Martirosyan attracted a peak audience of 1,361,000 and an average audience of 1,249,000 on May 5 from StubHub Center in Carson, California.

Golovkin-Martirosyan was broadcast by HBO, a premium cable channel that has a U.S. subscriber base of roughly 32,000,000. ESPN, a basic cable network, is available in approximately 86 million homes in the United States.

The average rating for Lomachenko-Linares was higher than all but one of Top Rank’s first five ESPN boxing broadcasts in 2018.

The only Top Rank/ESPN broadcast that lured a higher average audience overall in 2018 was the card headlined by Oscar Valdez’s victory over Scott Quigg in a WBO featherweight championship match March 10. That telecast from StubHub Center was watched by an average audience of 1,100,000.

Lomachenko-Linares also ranked No. 3 among all shows on cable television Saturday night, sports and non-sports, in viewers ages 18-49, a coveted demographic for advertisers.

That punch temporarily paralyzed Linares and sent him to one knee. The 32-year-old Linares (44-4, 27 KOs) reached his feet just before referee Ricky Gonzalez’s count got to 10, but Gonzalez determined Linares shouldn’t continue and stopped their bout at 2:08 of the 10th round.

The 30-year-old Lomachenko took the WBA world lightweight title from Venezuela’s Linares in his debut at 135 pounds. The two-time Olympic gold medalist also became a world champion in a third weight class in only his 12th professional fight.

It was Loma who was demanding more fights per year with famous opponents.

Its important to pay attention to the amount of times Bob arum has put lomenchenko on ESPN fight cards it shows the ability of networks to create stars and traction for events. If loma was fighting once a year on…

[QUOTE=wileyhemi;18778046]Linares showed class at the end by walking to his corner without faking anger about the stoppage[/QUOTE] He was done.... No Mas

Very happy for boxing with these numbers.