Loma: Gervonta Davis Might Want To Fight Me, But Promoters Won't Let Him

Vasiliy Lomachenko isn’t sure whether Gervonta Davis actually wants to fight him.

The prideful fighter within Davis just might want that type of challenge, according to Lomachenko. He doesn’t think Davis’ handlers want Davis to test himself against an elite-level three-division champion who is commonly considered one of the top three boxers, pound-for-pound, in the sport.

“Right now, I don’t think he’s going to fight me,” Lomachenko said. “He might want to fight me, but his promoters are not going to let him. Aside from him, that weight class is getting very interesting. We have a lot of good names in the weight class. Not [just] the champions, but they are in the rankings. So, I think it’s a hard weight division.” 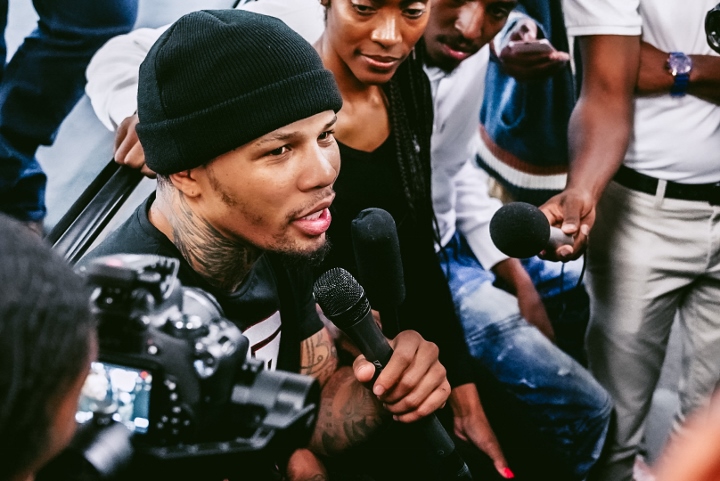 Whenever the coronavirus pandemic ends, Lomachenko is expected to fight fellow 135-pound champion Teofimo Lopez in a 12-round, 135-pound title unification fight. Before the COVID-19 crisis brought boxing to a standstill, Ukraine’s Lomachenko (14-1, 10 KOs) and Brooklyn’s Lopez (15-0, 12 KOs) were supposed to fight for Lomachenko’s WBA and WBO titles and Lopez’s IBF belt May 30 at Madison Square Garden in New York.

Lopez suspects his showdown with Lomachenko might not happen until an unspecified date in the fall.

Davis won the WBA world lightweight title in his last fight, in which he beat Cuba’s Yuriorkis Gamboa (30-3, 18 KOs) by 12th-round technical knockout December 28 at State Farm Arena in Atlanta. The WBA hasn’t ordered a Lomachenko-Davis bout, despite that Lomachenko is its “super” lightweight champion.

The 25-year-old Davis doesn’t think he needs to fight Lomachenko, 32, to validate himself as a lightweight champion.

“I mean, you’re saying ‘moving closer to that fight,’ it’s like he above me,” Davis told BoxingScene.com following his victory over Gamboa. “You know, I don’t feel nobody above me. I’m the cash cow, I believe, at 135, 130. I’m setting all records. I’m putting butts in the seats, so I don’t think he doing that. So, you know, line ‘em up. I’m willing to fight anybody. I’m ready.”

[QUOTE=BoxingIsGreat;20521519]I agree with Loma. He knows what's up. They have a common opponent. Belts mean nothing these days. Loma is waking up to that.[/QUOTE] Its good to read your in favour of Loma giving Skank a beatdown.

When Loma schools him at least that dumbass will finally be able to read and write!! :burnout:

[QUOTE=MisanthropicNY;20520271]If Loma actually said what the headline says he said, he's totally WRONG. Floyd wanted to make the fight happen, but Hervonta wanted no parts of it and even threatened to leave Mayweather Promotions over it.[/QUOTE] Never heard that. Link?

[QUOTE=Lonelystoner;20521478]I still don't understand why Lomachenko wants to fight him so bad when Tank hasn't fought anybody noteworthy and doesn't even have a real belt.[/QUOTE] I agree with Loma. He knows what's up. They have a common opponent. Belts mean…