There was a time when you couldn’t get out of the way of a story involving Gennadiy Golovkin, whether he was preparing for a fight or simply enjoying a leisurely jog.

It’s a brave new world in the career of the former middleweight titlist, whose last two scheduled fights have managed to fly well under the radar. Included in that lot is his Oct. 5 vacant title fight versus Sergiy Derevyanchenko (13-1, 10KOs), which takes place at Madison Square Garden in New York City. 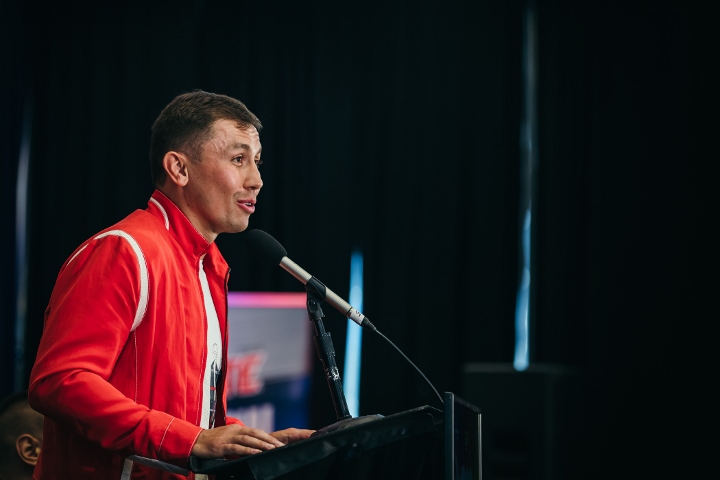 The bout will mark Golovkin’s seventh career appearance on MSG grounds and fifth in the main room, although ticket sales continue to lag with the event less than two weeks away. The 2004 Olympic Silver medalist from Kazakhstan has been all business ahead of his latest ring adventure, the second of a lucrative nine-figure deal inked with the standalone sports streaming service, which will carry the event.

Golovkin (39-1-1, 35KOs) made his platform debut this past June, scoring a 4th round knockout of Canada’s Steve Rolls which also took place in MSG’s main room. In addition to his DAZN debut, it was also Golovkin’s first without longtime head trainer Abel Sanchez, with the two engaging in a very public split shortly after he inked his deal with the streaming platform.

Their separation generated far more headlines than did Golovkin’s return to MSG. His perceived showcase versus Rolls had the misfortune of coming one week after the biggest heavyweight title fight upset of the 21st century, when Andy Ruiz knocked out previously unbeaten titlist Anthony Joshua at the very same venue.

Also not helping matters was Golovkin’s decision to take full control of his own career after years of serving as a prominent figure for cable giant HBO, who closed its doors to boxing at the end of 2018. Golovkin made his HBO debut in Sept. 2012, with his popularity skyrocketing beginning with his next network appearance in Jan. 2013 all the way through his Pay-Per-View rematch with Saul ‘Canelo’ Alvarez last September.

His decision to sign with DAZN also came with the revelation that Loeffler no longer serves as his lead promoter. The longtime boxing personality still enjoys a prominent role in Golovkin’s career, though one separate from running his own promotional company (360 Promotions). Among the other decisions made by the record-tying former middleweight titlist—who turned 37 in April—was to employ a new presence in his corner, hiring former cruiserweight title challenger Johnathon Banks as his head trainer with the two having only worked together for less than six months.

“The last situation was very short when he announced he was working with a new trainer,” Loeffler noted in further explaining the lack of media attention afforded his most prominent client. “For this one here, he’s just focused on Derevyanchenko.”

The bout will mark Golovkin’s first title fight since losing his slew of middleweight belts to Alvarez in their rematch last September in Las Vegas, Nev. The majority decision defeat ended his eight-year run of holding at least one middleweight title, with his 20 successful defenses tying Bernard Hopkins for the all-time mark.

[QUOTE=QballLobo;20078676]I was in New York and saw a huge Under Armour Canelo billboard in Times Square just a few days ago.[/QUOTE] I saw a ggg billboard in tokyo and another in los angeles.

ggg gives no fuks at this point in his career he put that work and climbed the ladder making it to the top. he got that huge contract from dazn and is set for life. he was already set for…

[QUOTE=shaheed1972;20079646]Correction most of HIS FANS see him as undefeated. There are people that think he lost to Jacobs and more than a few that thought Canelo clearly won the second fight.[/QUOTE] I can see GGG as being undefeated just as…

It's one thing to not have such a public presence but ****, there's hardly any footage of him for this camp, outside of what pictures have been posted by those in camp with him. I can understand not wanting to…

Is DAZN Golovkin's Santa Claus? He's not obligated to increase his visibility to sell his fight?