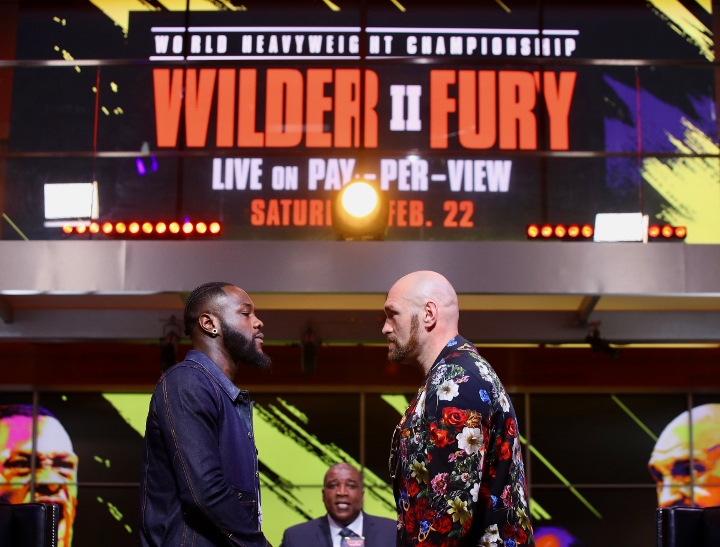 [QUOTE=champion4ever;20400985]He can't because Kenny Bayless won't allow Fury to rough Wilder up. Fury's goose is cooked! If his plan was to bully, rough up, clinch, hold and lean on Wilder on the inside in order wear him down then it's…

Hope that’s the case. Maybe he’s the salt of the earth and a helluva nice guy. But Martin lying down vs Joshua makes him Bruce Seldon Pt 2. Only way he should be in pissing range of a title is…

[QUOTE=PAC-BOY;20400653]I think hes gonna make it rough. Wilders little baby deer legs are gonna get tired and weak if hes leaning all that weight on him.[/QUOTE]He can't because Kenny Bayless won't allow Fury to rough Wilder up. Fury's goose is…

Wow! What a final press conference? This round goes to Deontay Wilder. He easily shut Tyson Fury down at this presser.