Linares: I Have All of The Abilities Needed To Beat Lomachenko!

WBA lightweight champion Jorge Linares (44-3) is putting the finishing touches on his training camp for his May 12th clash against Vasyl Lomachenko (10-1). The fight takes place at Madison Square Garden in New York and will be televised by ESPN.

During a recent training session, Linares said that he has been adding more to his game plan each day in his training camp and that he is very confident that he will come out with the victory against Lomachenko.

"Everyday we have put in a little bit more strategy to knock off and defeat Vasyl Lomachenko. He is very good, fast and precise. He has a lot of good qualities but there isn't a such thing as a perfect boxer. Like I always say, 'if someone else already beat him why don't I beat him this time?' " Linares explained. 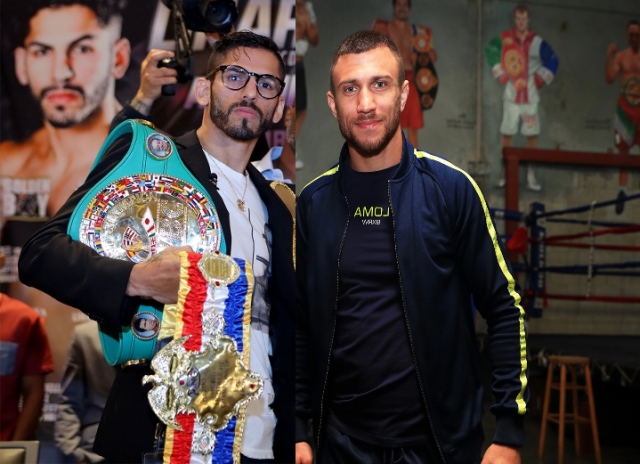 At 32-years-old, Linares feels like he is at the peak of his career. The Venezuelan has reeled off 13 victories in a row and believes that the timing is perfect to face a fighter the caliber of Lomachenko, who is trying to become a three-division champion.

Linares last fought in January when he defeated Mercito Gesta via unanimous decision at the Forum in Inglewood, California. He won by a comfortable margin but Linares knows it will take a great effort than that to defeat the two-time Olympic gold medalist.

"I have lost three times but I have gotten up and taken care of myself. Now I have like seven or eight defenses of my title. The idea is to keep working hard and giving my best. I am working double or triple as much as I did for the fight against Mercito Gesta because this is the opportunity that I have dreamed of. Why should I lose it now when I have all of the abilities needed to defeat Vasyl Lomachenko?" Linares told BoxingScene.com.

Linares will make it to rd 10 due to his size advantage but then Loma will break poor Jorge´s jaw with a straight left hand.. bet your house on it. :boxing: (not betting mine tho)

Linares has speed and will have his moments.. in the beginning. But after 4 rounds, the wind will rise and clouds will darken his blue sky...

Linares is not a top dog lol. He past his prime, never beat anyone Great.

[QUOTE=SteveM;18730345](P)rospect - you should rospect your elders and betters. Call out other prospects. Call out contenders even. But leave champs alone until you are a contender. If he achieves even half as much as he yaps then he'll have a…

Loma is my fighter from day 1,i expect him to be too much for linares,way 2 much, it will be one sided once again