An illness has forced Liam Smith to postpone his WBO Super-Welterweight World Title challenge against Sadam Ali, scheduled for May 12th at the Turning Stone Resort Casino in Verona, New York.

WBO number one contender Smith, 29, is attempting to regain the 154lb crown that he lost against Saul ‘Canelo’ Alvarez at the AT&T Stadium in Arlington, Texas in September 2016, and is hopeful that a new date can be scheduled as soon as possible. 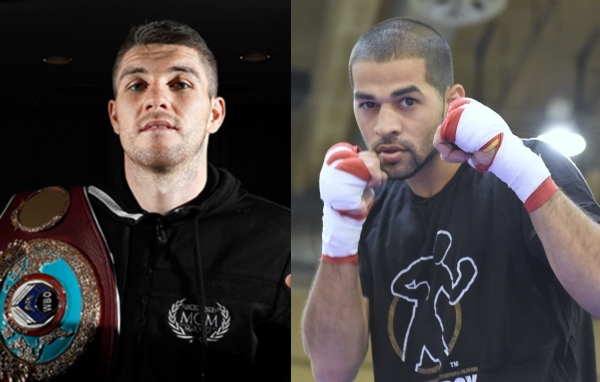 “I’m bitterly disappointed that I have been forced to postpone my fight with Sadam Ali to a later date,” said Smith. “A recent illness has severely impacted on my training schedule, leaving me with no choice but to postponed the May 12th date.

"I've been out of training for eight days. We're not sure exactly what was wrong with me but it appears to be some sort of allergic reaction. I'm not injured and I'm hoping that the fight can be rescheduled quickly.

“I’m gutted for Ali and all of the fans that were looking forward to watching the fight. I’d like to thank Golden Boy promotions and my promoter Frank Warren for working on a new date for the fight.

“Ali is a World class fighter and I need to be fully prepared for when I step in the ring with him. I want to give the fans a fight to remember.”

Further details on a rescheduled date for Ali v Smith will be announced in due course.

[QUOTE=Dramacyde;18712972]Another English p*ssy looking for a way out of a ass whooping![/QUOTE] this is about the likes of it. It worked for fat a.ss hughie fury

[QUOTE=THEFRESHBRAWLER;18721089]Y1awn! You tryna cover up the fact that you’re crying like hò over sadam ali..lmao groupie.. and now you’re calling me things that your idol is lol nice try fatboy. No1 is watching that garbage gb putting out. Deal with…

[QUOTE=BigStomps;18720991]You piece of shet child molester! I own you punk! You're my own personal biitch now! You F A G G![/QUOTE] Yawn! You tryna cover up the fact that you’re crying like hò over sadam ali..lmao groupie.. and now you’re…

[QUOTE=THEFRESHBRAWLER;18720883]Hating on Sadam Ali? lmaooo. Get out your feelings lady boy and stop crying like a puśsy[/QUOTE] You piece of shet child molester! I own you punk! You're my own personal biitch now! You F A G G!

[QUOTE=BigStomps;18720859]Biitch you was saying it got cancelled cause of poor tix sales. If that was the case then Golden Boy promotions wouldn't have bothered finding a replacement fighter for Sadam Ali. But they did and the fight is still scheduled…